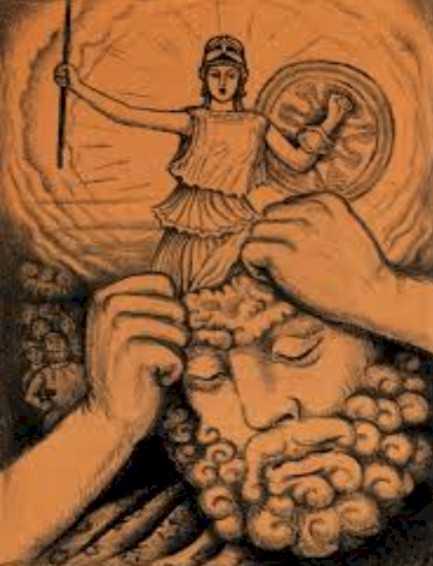 I was thinking about something the other day and remembered a smidge about the greek god Zeus and his child born from his head.  I did a quick google and had to share this with Summer via text.

“Zeus’ Headache
After a time, Zeus developed an unbearable headache, which made him scream out of pain so loudly it could be heard throughout the earth. The other gods came to see what the problem was. Hermes realized what needed to be done and directed Hephaestus to take a wedge and split open Zeus’s skull.”

After this brain surgery with the battle ax, the Greek goddess Athena flew from Zeus’s forehead clad in full armor.  She was known as the goddess of wisdom and intelligence because of her ties with the king of Gods brain.

I texted Summer “You have Athena brain”

She said “I wish, that would be epic”

I then told her that this would have solved her fertility treatments as well since she could have a kid the Zeus way.

She said it would be easier to swallow her enemy’s children.

“Headache!” Zeus bellowed. “Bad. bad headache!”
As if to prove his point, the lord of the universe slammed his face into his pancakes, which demolished the pancakes and the plate and put a crack in the table, but did nothing for his headache.
“Aspirin?” Apollo suggested. (he was the god of healing)
“Nice cup og tea?” Hestia suggested
“I could split your skull open,” offered Hephaestus, the blacksmith god
“Hephaestus!” Hera cried. “Don’t talk to your father that way!”
“What?” Hephaestus demanded “Clearly he’s got a problem in there. I could open up the hood and take a look. Might relieve the pressure. Besides, he’s immortal. It won’t kill him”
― Rick Riordan, Percy Jackson’s Greek Gods 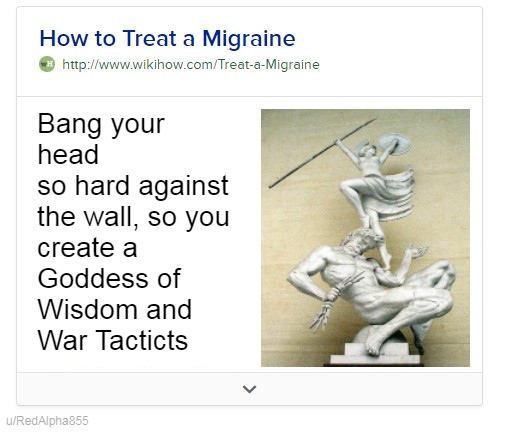