I have said this 100 times… I am a bad Libertarian.  I am equally as bad of a Republican or Democrat. 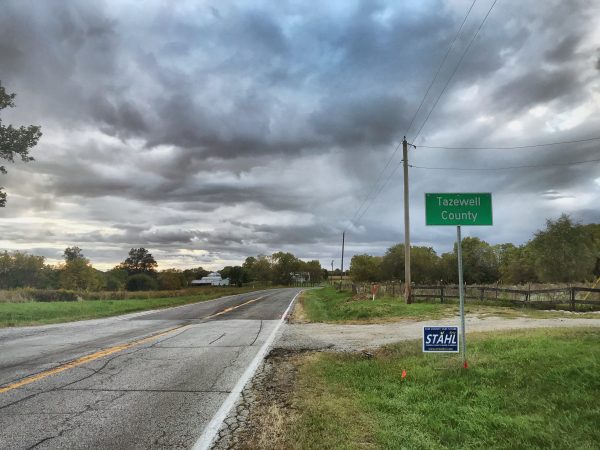 As of 4 years ago, I had never registered for any political party.  EVER.  I was fully independent for a reason.  I had a healthy distrust of the government from the time I was a child.  I grew up watching the administrations of Reagan, Bush, and Clinton.  Every one of those presidents sent troops into foreign countries in the interest of big oil.  I watched both of the major political parties try to overreach into my life when Tipper Gore and Phyliss Schlafly tried to censor the records at my local music store.  I watched as friends we sent to the middle east to make sure our allies kept their precious commodities in check.  Allies that oppress women’s rights and will kill you for being a homosexual.  I can’t get behind any of that.

I believe you are voting for the values of the individual…  Not the party affiliation.  I understand why someone votes Republican, Democrat or Libertarian.  Its a quick litmus test to see if someone shares your values.  All in the form of a letter behind their name.  That’s ridiculous.  I have noted on a few occasions that a Republican in Tazewell County is a widely varied beast.  It can be everything from a Democrat to a Q-Anon Koolaid drinker.  Slap an R behind your name and you have a much better chance of getting elected in this conservative county.

Why I am a bad Republican:

I believe that the American Healthcare system is ruining the middle class.

I hear brainwashed people scream that healthcare is not a right.  That may be true, but its certainly a burden in the united states.

I believe that the rich and the poor get better healthcare than families that pay for insurance to protect their families.  If you make a moderate income and have a few kids…  You will pay 10000 a year or more for coverage that has a high deductible.  A deductible that is so high that you will try not to even use the insurance.  It’s literally there to protect you from a major medical concern like Cancer.  You save your whole life into a 401K and you cannot risk losing all of your life work on one diagnosis.  You cannot step away from your job for an extended period without buying health insurance.

Healthcare services should be universal.

People always say, “Our system is the greatest in the world”.  Frankly… Most folks can’t afford to use it!

As for waitlists in England or Canada for procedures…  Well, at least they are getting checked out.  How many people wait till the last minute to have something done.. Or wait until the next year for the deductible?  Every family does it.

When you see someone with bad teeth in their 20’s.  You have to ask yourself, was this the parent’s fault, of did they do the best they could?  Bad teeth at a young age lead to a lifetime of health problems and cause more burden to someone who probably has a lack of resources to start with.

We are the greatest nation in the history of the world as far as prosperity… As long as you have health insurance.  It’s all a fraud.

Why I am a bad Libertarian:

I believe everyone should have equal access to a source of higher education.  For Free.

Some libertarians would say that funding education is not the role of the government… I completely understand the “wild west” aspect of the party.  But I do not want to live the frontier life.  If you want to live in a community with good jobs and low crime… Guess what?  You need smart people.  When education fails, you have blight, crime, and no interest from industry to create jobs in our area.

High schools should have equal funding per student all across the state.  Richer neighborhoods should not have better equipment and facilities than those in poor neighborhoods.  Everyone deserves an equal start in education.

Some have called my view a “Jeffersonian Libertarian” position…  Call it what you want… I just want a fair starting position for everyone.

Take all the Federal Funds we can.

Tazewell County needs to take as much federal and state aid for infrastructure upgrades as we can.  Using government money is frowned on by my party… But if we do not take our share…  Other counties will.

We need to do everything we can in our hometowns to make them desirable places to live.  If that means government-initiated ISPs and public transportation.  I am for it.

Why I am a bad Democrat

The FOID card and gun legislation do not stop gun violence.

I believe that these laws that keep attacking the right to own firearms are made to complicate the ownership process so much that casual consumers won’t go through the trouble.

I also believe, and there are facts to prove it…  Gun violence is almost always completed by someone who obtains a firearm illegally.

People who make the least money drive the least efficient or modern cars.  Raising fuel taxes or taxing the number of miles driven is a direct pocketbook attack on poor and rural residents who already struggle with infrastructure problems.  Rich or poor pay the same amount for fuel, but the expense to income is disproportionate.  If anyone has a brain, Pritzger should be voted out strictly on what he had done with fuel prices in this state alone.

Dont get me started on EV credits!

COVID precautions are the choice of the individual.

Overreaching government legislation that harmed small businesses during the pandemic was mostly lauded by Democrats.  Those laws created hardships on small businesses while allowing the big corps to keep their doors open.  It was shameful and proof that excessive government legislation favors the rich (just like the healthcare, fuel prices, education examples I mentioned above) with no concern for the downtown businesses.

I have worked 2 years in front of 100’s of people every day in a retail setting with little protection and have to this point avoided any COVID symptoms or positive test results.  I got my shots with my family last year but half of them have since gotten the virus.  I believe in science and believe that the shot will reduce the symptoms… But I think COVID is something we will have to live with for the rest of our lives with little help from masks.

Is this list the end-all-be-all of my politics?  No… But these are a few items that show my independent spirit.