I just got word that my Great Uncle, Joseph Giancarli died in his sleep this past weekend.  He was 78. 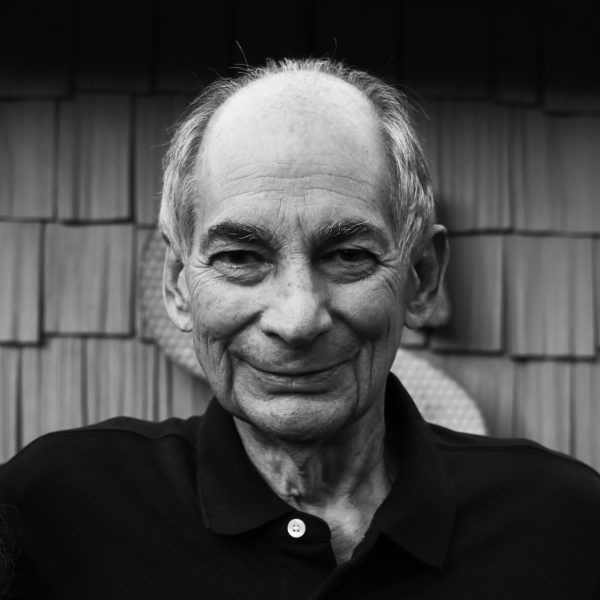 I don’t suspect that anyone who knows me in my life since moving to Tazewell County has a clue about my family from back in Fairbury.  The Mattioli’s, Giancarili’s, Fugate’s, Stahl’s, and Rathbun’s are all the names that came together to form the family that I came from.  “Joey” was part of the long history of Giancarli’s side that was so influential growing up.

Uncle Joey is the brother of my Mom’s Mom… Marie.  Although he moved to Detroit and worked for Chrysler his whole life… We still saw him and his family pretty regularly growing up.  Every summer… In a scene that I have to imagine was similar to the Griswald’s going on vacation…  Joey and his wife Jackie and their two sons…  Chris and Scott…  Would load up and come to Fairbury for the last two weeks of August.  Joey was probably more of a drill sergeant than Clark Griswold… But can still see the 80’s fashion and themes in my visions as they loaded up their Chrysler “truckster”.  The destination was Fairbury, specifically to stay at my Great Grandmother Giancarli’s apartment house that had been converted from Fairburys old hospital.

The vacation was nothing of the sort most people would sign up for.  Over two weeks, Joey and the boys would slave away at cleaning and working on the house for his Mother.  My Great Grandfather, Dominic Giancarli died when I was young…  I cannot recall if this tradition of helping around the house started after his passing or not.  Regardless…It’s the tradition I witnessed all the way through my years until grandma passed in 1991.  Thinking back, this may have been where I first heard foul language.  Probably not, but just like the boy in a Christmas Story, I think I sat in wonder as I heard Joey grunting and swearing whenever things were far worse than he expected them to be.  His drill sergeant nature was famous when he was trying to get things done the way he wanted on a limited time schedule.  As I grow older, I see people talk to their siblings and parents in a way they would never talk to their co-workers.  It was honest working anger that floated around the house during the day and made you watch your step.  He meant business… Playtime would come… But the work of that moment was serious.

After the two weeks of painting, repairs, and yardwork… Chris and Scott would be rewarded with spending money just in time for the annual Fairbury Fair.  This was the late 70’s and early 80’s.  The fair had moved up from sketchy boardwalk of games of chance to an “arcade” with video games like Galaga, PacMan, and Donkey Kong.  That arcade took and took from us.  So many dollars spent (That I should have invested in Microsoft) on Spy Hunter and Dragon Slayer.   God did I suck at Dragon Slayer!

If you decided to save your summer spending money (or maybe you blew it all on night one of the fair) you could stay back at Grandma’s…  You would always have a sympathetic ear.  “Why spend your money on those games?” she would ask in her quiet Italian accented voice.  She never understood.  Or did she?

The nights and weekends, while the Giancarlis were in town, are treasured memories.  Lots of cooking, conversations and laughing!  Grandma and all the adults packed around the table in the kitchen.  We kids out on the screened-in porch eating on a card table.  This is when I learned that homemade wine could leave all your adult family members quite disheveled.

At dinner, Joey was always holding court and you could be assured that all of his fevered emotions from working and sweating around the house were now turned to laughing and joking with family in attendance.

As serious as I might expect Joey to be… He was always up for some fun.  My Aunts came up with the “Mad Hatter” party eons ago in the ’80s.  A traveling party of the ages that has grown past any expectations and now moves as the family grows.  As it grew, it would have silly themes and requires us to dress up and produce theater-like skits and shows.  (Think of any Mickey Rooney and Judy Garland movie where they helped someone out by performing a show..  It was like that every summer)  Adding humiliation to my brother and me, the big events would be held in my grandma Marie’s front yard in the middle of my hometown.  There was nothing better than having your friends walk by and ask why you are playing croquet and wearing a sombrero filled with kid toys.  Joey didn’t live in Fairbury and neither did his immediate family.  They reveled in the escape and fun of being goofy away from home.

I do not know why…  But during one Mad Hatter, the adults dressed up thematically for something.   Joey was first in line to imitate a mafia leader and walk into Walton’s department store making a presentation that had every clerk talking for weeks.  I can imagine my Dad running down to douse the situation only to get beat back by Joey’s blowhard act.  He could throw around a Detroit accent the likes Fairbury had never seen. I can still hear it.

We still tell these stories and those are from 40 years ago!

As our families have grown and the Giancarli boarding house has gone away…  Those annual trips to Fairbury have become part of our history.  My family and all of our extended families still make those Madhatter parties happen… And I am so happy to say that I had Joey and family at my house 2 years ago for Summer’s graduation.

I do not believe I will ever forget his laugh or this “city” accent.  It was one of a kind… Just like him.