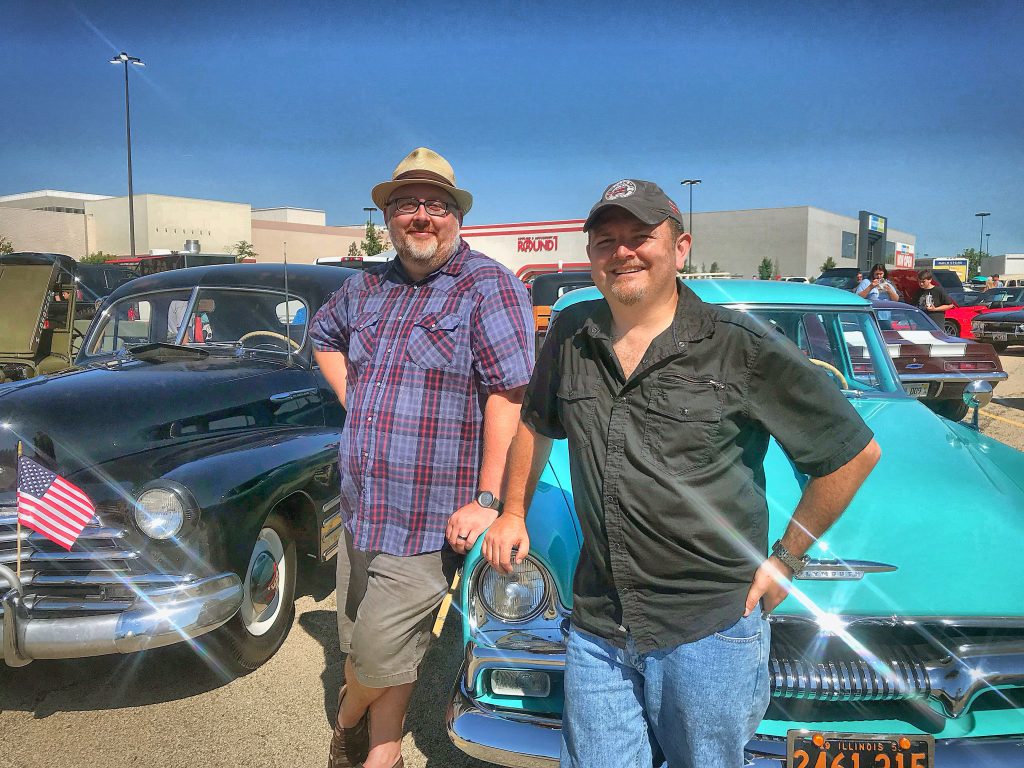 I am working with local radio celebrity, Daryl Scott, on an automotive centered podcast.  The show is called Throwin’ Wrenches and is available on iTunes and Stitcher. We have two solid episodes released and are getting ready to record a new one in the next week.

Let me tell you a little about my co-host.  I first grew to know Daryl from hearing his velvet tones on the local NPR station in Peoria.  His voice was synonymous with that steady and relaxed style that I expect from public radio. We have also known each other through various groups around town in Peoria.  Most notably, the Peoria Craft Beer Nerds. Daryl has a fully tuned pallet that can appreciate a craft beer as much as I do. Daryl is also a regular in the Central Illinois car scene.  You will always find him at Cars & Coffee or Friday Night Lights with one or two of his classic cars. (He has more cars than me I think) The dude is like rainman when it comes to old cars.  Its crazy!

This snowball started with some joint recording experiences with Dustin over at Drunken Lullabies.  (The more frequent Tazewell County Beer Podcaster)  After a few episodes I asked Daryl if he would want to do a Car-Centric show. I was met with quick and enthusiastic “yes”.

That gets you to up to date.

The show is still growing and changing.  We have some segments set in place. Our Elon Musk segment has started to grow legs.  Also, we are going to improve some audio settings thanks to Daryl’s professionally attuned ear.

I welcome everyone to check it out.  Like the Facebook page and follow along on Apple Podcasts.  (Still working on Android) Also, we would love feedback. It helps us improve the show!  It’s going to be a fun ride to see where this goes!

This is not a Beer Report related podcast.  Dan and I still have that (When we have time to record!), No one can ever replace the CHUD!  And I never want to stop doing Beer Reports!