We did make it home late Thursday night.  I went to work on Friday morning and left Summer by herself.  At about 10 AM she was texting me that she had a headache.  Take your meds?  No.  See a pattern here?  The rest of the day was uneventful. 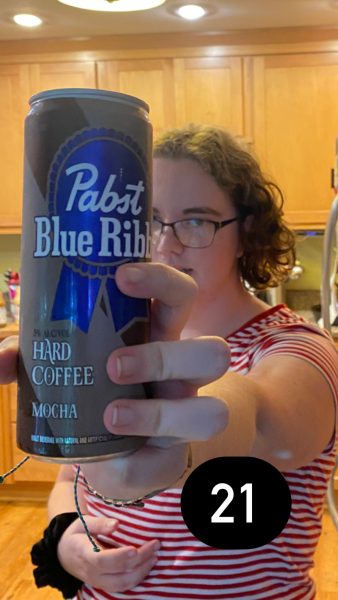 Friday night, Summer’s boyfriend and roommate came up to spend the weekend here as well.  The Nates as we call them.  Nate her boyfriend and Nate (“Z”) her longtime friend and roommate.  I was still kinda tired from the big drive and Angela had worked over a little.  We stayed in and ordered some Casey’s Pizza for the kids.  I made the leftover COSTCO street tacos that had been sitting in the fridge all week.  How does that happen?  One night with me, and they were gone!

BF Nate brought summer a gift.  A BluRay of Everything Everywhere All at Once.  It was fun and crazy and a decent way to spend the night with the kids.

Saturday was party day.  I went out and cleared all the paths in the back timber because I know the little kids usually make a run down there.  I used the tractor and moved some trees and really got into too much work.  I should have taken it easy, but I decided to clear out some trees along the way.  That’s not foreshadowing, nothing bad happened.  I just spent too long out there, but it looks really good now!

I know Summer has had a drink before.  On her birthday she grabbed a Pabst Coffee thing and drank that as her celebratory drink.  That was it.  Nothing more.  I had had visions of taking her to Maquets Railouse on Saturday or Sunday at lunch for a smokehouse wrap and an official drink at the bar.  But she was pooped and time was a commodity.  Maybe when she has her 5 weeks of reprieve after Proton treatment we can make another attempt.

Summer had told her friends to get COVID tests before coming.  As it turned out… One of them did have COVID and wasn’t feeling the best anyway.  I have never been one to care about COVID tests and even at Aiden’s graduation, we “damned the torpedoes” and had a big gettogether.  Even after some people got COVID, like me, Don and Sylvia… I was still not that concerned about future events.  You are talking about a guy who was in frontline service through the whole COVID experience.

But this time was different.  St. Jude made it very clear when we told them we were leaving for home that we need to be on heightened alert for the virus.  It’s not a health issue.  Summer would likely be fine just like the rest of us… But she would be isolated from our apartment at Target House and all of St. Jude for 2 weeks.  We do not want to delay 2 more weeks!

We had a lot of people at the house from 2 o’clock till nearly 9.  Again, just like every family event ever had at La Finca… Way too much food.  Nate’s family, my larger extended family, and all the little kids along with Linda were present.  With all the excitement, Summer did go back to our bedroom for a nap.  I think she took 3 naps during the day. 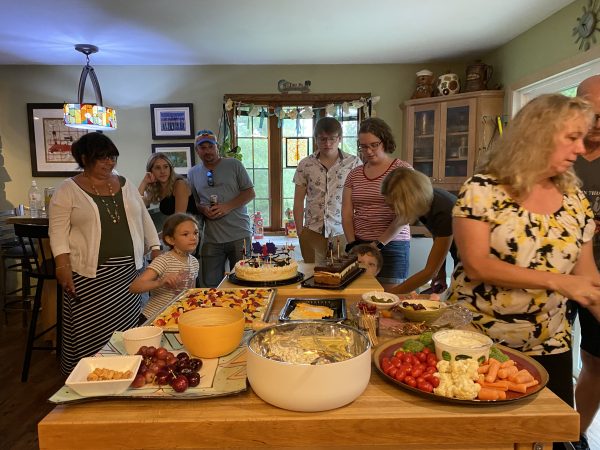 We had a table set up in the living room for presents.  It was full.  It was overwhelming!

Later in the evening, Summer asked if she could open presents after everyone left.  We said that was fine.  (Like we have a say in what she wants to do right now!??)

Later that night, she went through each package, bag, and box with Angela and Nate.  So many people thinking of her.  She has enough board games to keep her busy for the next 3 months.  I was kind of jealous…  I want to play some of them, but I was ready for bed.  About 11 she went downstairs with the Nate’s to play one of the games.

Today (Sunday), Angela hopped in the Fort’s Prius with Summer and headed to Memphis for her rotation for the next 2 weeks.  The schedule looks terribly boring!  They have fertility meetings on Monday, Wednesday, and Friday.  Literally a handful of meetings besides that.  I told Angela to pack 10 books.

I will do everything I can to post updates as they happen this week… But, as I said above, probably not a lot to report this week with the fertility treatment.  It’s actually perfect that Angela is there.  When they do the sonogram and egg retrieval, she will probably be happier that Mom is there instead of me.

Oh, if you want send a card or note…

Summer Stahl
1811 Poplar Avenue
Unit 521
Memphis TN 38104
We will move out in 2 months and get a new address later…  But this address is safe for a while.
Tweet