I got the weirdest message today…  And I guess it would not seem so weird if I were a Political veteran, but alas, I am a n00b.  (look it up!) 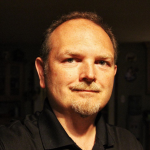 I was told today that my paid commercial appearances on a local media station in Peoria would have to cease while I am running a campaign for political office.  Apparently, according to this media company’s policies, even though my paid advertisements for my work have NOTHING to do with my County Board Campaign.  The advertisement could paint me in a good light and could trigger a petition for equal time from my opponent.

First off… I hope my appearances paint me in a good light.  What are we paying for if they don’t?  And secondly, I’m not certain  my opponent even knows I am running.  I did suggest that I ask Mr. Zimmerman to do my ads for the dealership with me (In jest of course, I got the feeling that nobody else thought that was funny).

One of my co-workers said it best after I shared this news,   “So, you’re saying your personal life  and campagin is affecting your ability to do your job?”  Well, I guess that’s one way to look at it.  The worst way for sure.

I think the store can deal with 7 or 8  weeks of me being off the airwaves marketing…  But it does show why it might be hard to get business people to run for political office.  If I were the successful owner of the store and made appearances and commercials to market locally…  This kind of exception for advertising for several months would make me think twice about the venture.

Not only are you sacrificing your own time and money…  You are risking losing valuable marketing opportunities that could take months to recover.  All of this effort and risk for a non-paying or low paying job that was supposed to be a labor of civic duty.

Shame on me for not thinking about this possibility when I started campaigning.  I generally believe that this will not be a friction for my work, but I can tell that nobody else wants to pick up this slack on live radio.  It is a bit daunting if you are not a seasoned amateur like myself!

One more learning step towards the goal…  Folks, I am in it to win it… So let’s not waste this if I am going to suffer extra consequences!  Share the page and my name.  Let people know that unopposed is not a choice…  It’s a sign that others lack ideas and convictions.  There should always be choices.