I was going to say that I don’t remember what we did Friday night… But after just a few minutes of thinking and I recalled going to Smoothie King.  One 32 oz drink held me till lunch the next day!  Summer got an email from Smoothy King saying that she now has 100 bucks in credit thanks to Don and Dawn.  In my mind… That was equivalent to 5 visits because I feel like they are super expensive.  Summer told me that Fridays were special, its a free upgrade, and since she is a value member or whatever it is…  She saved a dollar per smoothy. 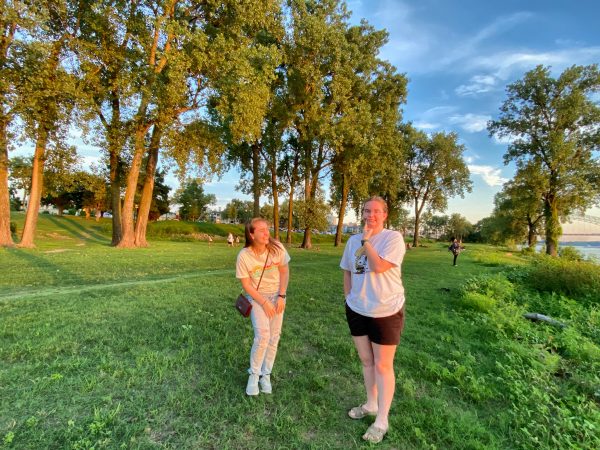 We got 2 massive 32oz smoothies for 8 bucks.  I got something with peanut butter and chocolate.  Summers was coffee flavored.  Unlike normal ice cream or shakes…  These things are heavy!  I drank down about 3/4 of mine over the evening and put it in the fridge.  There was no reason for supper because we were both plenty full.  The next day, I grabbed the cold and melty goop and added a little milk.  Voila!…  Smoothy breakfast.  I will hesitate to ever do that again!

We worked out that morning in the Target House gym and afterward,  I had the shakes from lack of something… And it wasn’t peanut butter.

Summer and I stayed in Memphis weekend.  But it was cool…  We had guests coming!

A friend of Summer’s from the Southern Illinois ROTC (wing?) was making her way back to Carbondale this weekend.  Kat, had reached out to Summer about stopping and seeing her while passing through the Memphis area from their home down in Houston.  Kat and her Mom, Anita prearranged some time for Summer to hang out Saturday afternoon and Sunday morning.  I know nothing of who these people are, but I was excited that Summer would have somebody to look and talk to besides me!  Seriously.  That’s the truth.

Anita had reached out to me earlier this week and offered to pick up anything we might be needing in Memphis, but I told her that we have everything we need.  Having guests was a priceless offer and that was enough.

Saturday afternoon we met at a restaurant down on Mud Island called Tug’s.  The menu nor the location were anything fancy or ambitious.  I am literally ready to hit Cracker Barrell or any diner if 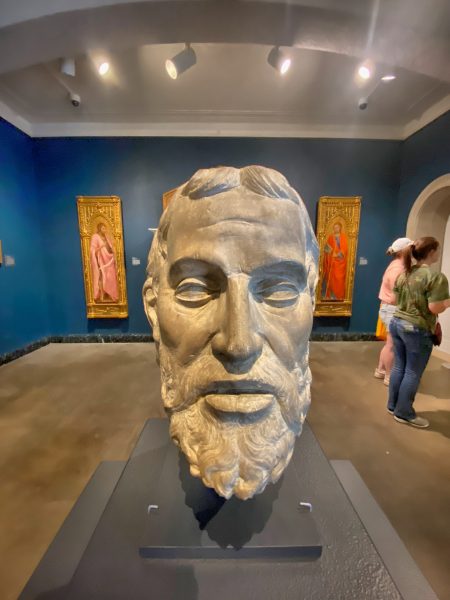 they serve doughy, sweet, or fattening food that I think Summer will eat a few bites of.  I had looked on Google Maps, Tugs had a burger and pizza menu, and it was not “off the charts” expensive.  The restaurant is on Mud Island, an area that we really have not explored, and is near the big Memphis sign that we want to visit while here.

We met our guests inside and had a great conversation, especially for not knowing either of them.  Summer ate two pieces of pizza (personal pizza size, don’t get too excited!) and I got a burger that was called the “King Burger”.  It’s Elvis week here in Memphis and carrying on with the theme that has swept over this city lately, they said this burger was served the way the king loved his cheeseburgers… With extra mayo.  It was a good burger and I would recommend it, but they put the Mayo on the side?  I’m clearly not Elvis, but I’m not Meg Ryan either.  By putting it on the side, they treated me like Meg.  I put about half of the mayo on the bun… But secretly wished they had served me like I WAS the king…  Then, I would have bit into a King Burger with mayo dripping off the sides.  Serving it like Meg would want it, I was left to my rational non-Elvis mind that would make me feel guilt because I overapplied the whipped egg and oils of goodness/badness.

We worked out again this morning and I did better with some iced coffee and banana than that day-old smoothie did for me.  Target House has a little exercise bike that lets you plan video games while you pedal… Its made by Expresso?  Or something like that.  It’s fun.  I don’t need one.  But it does make pedaling inside more interesting.

After working out and letting summer dawdle around till nearly noon, we met Kat and Anita at the Brooks Museum of Art.  It was a great stop.  It’s excessively air-conditioned and we all found our creative talents put to use in the kid’s activity area!  Spiraling shapes of varying designs were made by all of us.  This was a better hangout than most any place in Memphis we could have sought out.  Oh, there were no kids trying to push us, adults, out of the area… The museum was nearly vacant of guests today.

We went down to Bobalus in Midtown for lunch.  This is now officially Summer’s favorite stop in Memphis.  They serve a lamb slider plate that she gets every time she eats there.  I got Crab Cakes benedict with their Sunday brunch menu… Anita got hers with Chorizo.  This was all delicious and extra tasty with their Sangria.

After Kat and Anita took off for Carbondale, Summer said she needed a nap.  I did a little picking up and trash detail.  I need to start getting ready to get out of here.  After Summer got up, we chilled on the couch watching “The Shape of Water”.  Good movie, kinda weird.  It has fish/human contact.  But it’s a great monster/horror/love story.  Summer did finish off her pizza from Saturday night (thrilled) and then ate some Grandma Linda brownies.  Yes, we still have some! 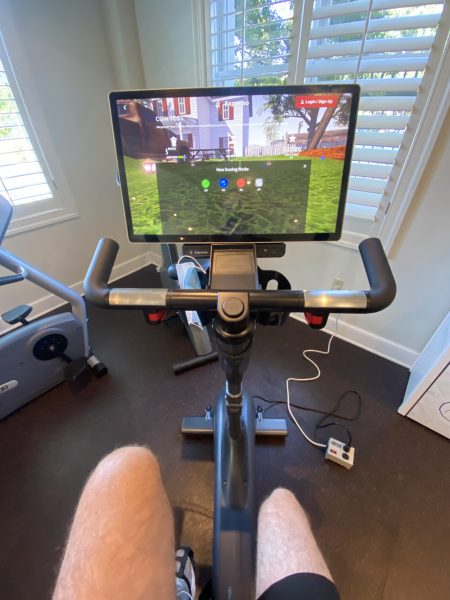 As Summer was getting ready for bed, she came back into the “living area” to tell me she is losing hair.  “Do you want to see it?” she asked.  I declined, but regardless of my expressed decision, she proceeded to reach near the back of her neck and pluck out a few strands to prove the point.

She had been holding out hope that she would be special and avoid the hair loss.  We have offered to cut her hair ahead of this, but all the birthday parties over the past few weeks have given her an incentive to keep it as long as possible.  We might be coming to some decision-making moments this week.

I had originally planned on 2 weeks straight and then coming home.  But Angela can’t get away from work.  So, I am going to take an unprecedented 3rd week in a row with Summer until my Sister can take over this weekend.  My Assistant Service Manager, Chad, learned his grandmother up north was in failing health last week…  He rushed up to Minnesota to try and be there when she passed.  Unfortunately, he did not get there in time.  He will be with his family this week while they mourn.  My team of “youngsters” is now holding the place up for the next week!  (Analisa keep them in order!)

If everything works out… Summer will be headed home on September 8th for a 5-week break.  I am getting through this week and then will be home for nearly 2 months.  That will be awesome, and a shock to the system.  The weekend before she is done down here we take Aiden to college in Wisconsin.

And the blog will suffer!  Sorry!  I will try to share news as it comes from my family members…  And you can bet with Tim is here that he will have those extra long posts full of details.  I will copy those here.

Thanks for thinking of Summer.  Lots of cards this week.  Nobody has claimed the hats, game, and coloring book.  Who is our mystery gift giver??? 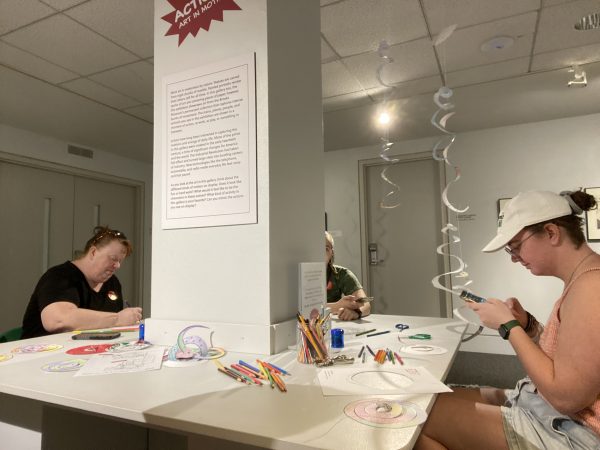 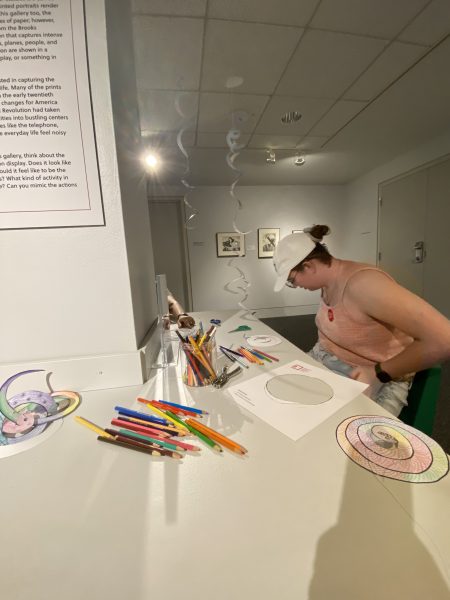