Sounds like the new appetite drugs are doing their job!  Great day for Summer and Syl in Memphis. 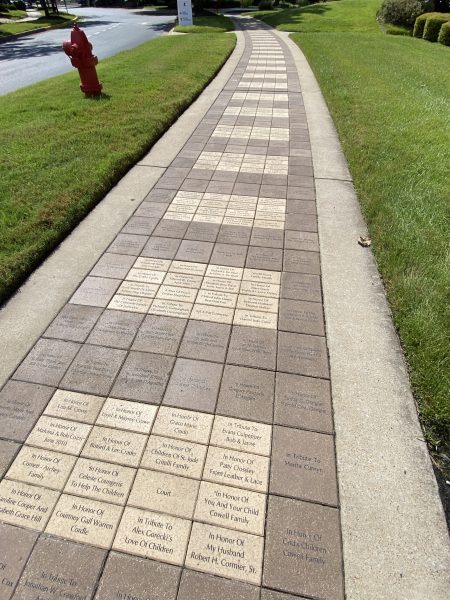 Memphis Day 2 – I can’t speak for Summer, but I had a pretty great day. Summer’s first appointment wasn’t until 11:00, so I got up early to log onto work while she slept in a bit. We headed to the hospital and had to park in the garage, which a much longer walk, but she was a trooper as we hiked to the main entrance. Luckily, we had good weather.
Her first appointment was with a nurse about dealing with some skin irritation from the radiation. We had to wait a bit for that, and I could tell Summer was getting a little anxious as it was going to make her late for chemo. After awhile, she talked to the receptionist about moving things along or rescheduling, so she didn’t have to push anything else back. They got her quick consult handled almost immediately and we were on our way again. It was pretty cool seeing her “adulting” and taking charge.
We made it in and out of chemo quickly and then headed to lunch. I know Eric had mentioned her appetite hasn’t been great, but she had a cinnamon pastry thing for breakfast and then almost all of a sushi roll, half a grilled cheese, and 1/3 of a piece of cake at lunch. That seemed pretty good to me. Summer said she is even surprising herself with how much she’s taking in. Hoping it lasts awhile longer!
After lunch was radiation. Like yesterday, we were in right away. I watched “Sing 2” (which is very cute, btw) and finished up more work. Summer said she had a new technician today who she was not thrilled with. He wanted to make small talk and she found it tedious to start over with someone new. Totally understandable.
And then we were done at the hospital. I offered to pick her up at the front door, but we walked back to the car together. She said she was up for it, so I drug her to Hobby Lobby to look for costume pieces and presents for Hazel’s birthday party on Saturday. We got home in time to get Papa John’s for dinner at Target House and settled in with our papadias (or whatever their calzone/quesadilla hybrids are called) and “The Grand Budapest Hotel.” We were interrupted by a phone call, though – mail from Grandma Linda! We walked over and picked up the box, which was expertly wrapped and sealed to protect its precious contents – SPECTACULAR homemade brownies that melt in your mouth and candy corn that Summer immediately dug into. It was worth the delay.
After the movie, we both started our art projects. I began sewing on my costume and Summer started painting with water colors. And we just talked. And talked some more. About a little bit of everything. Too much and in some ways too personal to write about here, but I learned a lot of new things about her in just a few hours (in a good way, not a I-have-15-bodies-hidden-in-the-woods way – though who am
I to judge?). And finally at 10:30 we had to throw in the towel as we start early tomorrow again. I wasn’t sure what her energy level would be like, but in general it was a very fulfilling day.
As a side note, a lot of people ask about James and my boys being without me this week. They are 100% fine. James is more of a morning person than I am, so he has an even better routine than me to get them going before school, which was my biggest worry. It’s been a comfort knowing it’s all handled so well and I truly appreciate him taking over while I’m gone. When our family needs us, we all step up, even if it’s not always in a direct way. Someone needs to keep the home fires burning and he’s doing a great job.