Yesterday, we learned a lot about where not to park when coming into St. Jude during the construction.  Today, we had a plan.  Get out early…  Talk to the gate staff and get to registration on time.

Every morning I wonder which Summer is coming out of her bedroom…  Summer who will eat… Or Summer who will drink something and that’s it.  In the past week, we have been attempting a 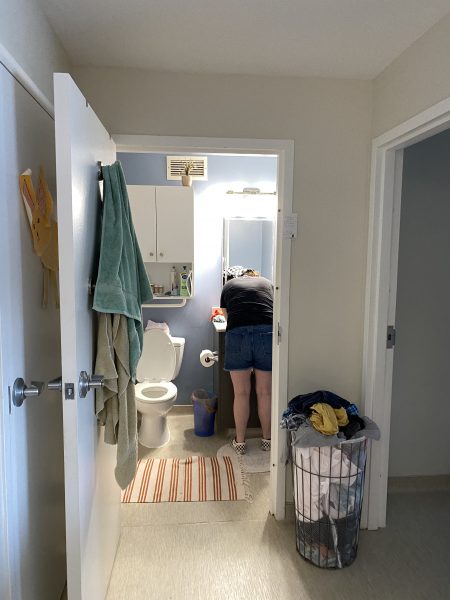 taste test of nutrition drinks.  Yesterday’s “Mocha” was super sweet, in an artificial way (she lets me try them to verify if they are disgusting or not).   Today was a Strawberry and vanilla mix.  Weirdly tastes like a yogurt soup.

She saw that I had already made my breakfast and then asked me where her egg was at.  Cool, I’m at the ready to make whatever she wants.  While she was getting dressed, I made one piece of toast with strawberry jam and an egg, over easy.  She quickly dispatched the egg because it had runny yolk.  I recooked it for the princess.

We were well ahead of time and I was mocking her for spending so much time in the bathroom…  We were doing so well!  That she told me she was going to be sick.  She closed the door and I believe the egg was dispatched a second time.  I felt bad for her but I can’t do much.  She said she felt surprisingly well afterward.  So that’s a plus?

We got to St. Jude pretty to close to “on time” and I stopped and had a thorough conversation with the security guard about where we are supposed to be parking.  He said to go to the parking garage at the back of the facility (I think it’s #2) and then come in through the slider doors in the research center.  That would bring us closest to the front desk from the backside of the hospital.  OK…  Sounds like a plan.

We headed to parking lot 2 and then saw signs directing patients to parking garage 1.  Signs are a new thing… They were not there yesterday… I think?  I figured signs were a good thing, so I followed them and got a great spot at the first space on the first floor marked “patient parking”.  We then decided to follow the directions of the security guard and find that slider door on the backside.  We didn’t find the one we were looking for but did find slider doors at the Marlo Thomas Center entrance.  We walked through and completely shocked security again.  We were not supposed to be there.  A guard escorted us to the front like the day before.

Ironically, the COVID gate person we talked to today was the same one who quizzed us yesterday.  “Where did you park today?”  I told her about the advice I got from the security gate personnel.  She listened and then pulled over a security staff member from the check-in area.  That officer said there had been conversations about letting patients come in through the research center, but they were not allowing it.  We were in the correct garage, but we need to walk in a different direction to the front of the hospital so we quit avoiding employee areas.

You are thinking, “Eric, surely they have prepped you on all of this, it’s St. Jude!”  Yes, they had lots of literature posted everywhere but they mostly prepped us on dust.  All kinds of pamphlets and warning signs about keeping your lungs safe while they grind the parking lot.  Not a whole lot about where we will be parking.  All in all… This place is amazing.  The best technology and scientists in the world.  But just like everywhere else…  Communication is key!  Maybe a few orange cones?

Physical therapy went OK… Terry did say that Summer was a little woozy this morning.  So he was not too hard on her.  He had her throwing disks over a target and she did very well.

After PT, we moved on to the “Medicine Room” for Chemotherapy.  The attending nurse asked how things were going.  I told her about the vomit this morning.  She suggested that Summer start taking 2 doses of antinausea pills from now on.  She had been taking one before bed every night.  An updated prescription will be coming. 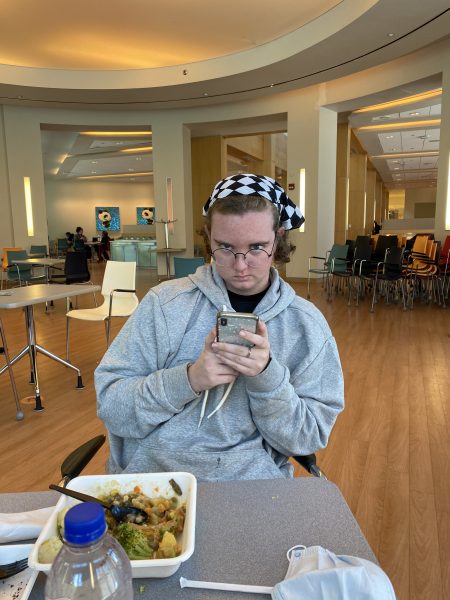 We got to lunch late…  Summer ate a decent portion of pot pie and steamed veggies.  She also got a brownie (That was not as good as Lindas) that she ate a few bits off of.  She picked up a Coke Zero and I told her she should get regular Coke (calories!!!) but she declined.  All in all… Summer is drinking a lot more but I have to force her to eat.  Tonight was Dominos pizza night at Target House and I let her pick the pizza since she freaked out on my veggie pizza last month.  She ate one slice of pepperoni pizza and finished off her shake from Cook-Out.

We headed down to Radiation early again… In hopes of getting in early.  Fail.  We waited 2 hours in the upstairs waiting room and then came down to a jam-packed lower waiting room.  Summer walked out of the Proton doors at 5:20.  We were even later than we expected by the schedule.

It was late…  We grabbed some water at the cafeteria to stock the home fridge and headed out the closest door to parking garage #1.  Well…  That was a walk.  Of course, it’s Memphis, and it’s also super hot.  The walk to the car was way too long for someone who is unhealthy.  While Summer has the ability and can do this walk, I will park here. But in reality… We may have to use the valet parking system when she gets too weak to walk 1/4 mile + to the car park.

We got back to the room.  Talked to Angela for a few minutes about the rejection letter from the fed for SSI.  Becuase she has too much money!  (We are working on that)  Ate some Pizza and watched House of Gucci on Amazon Prime.  Everything I hated about Al Pacino in the Irishman has been washed away by his amazing performance in this movie.  Gaga, Adam Driver, and Jarel Leto overacted the hell out of this movie and it really felt like an Italian family fight.  It’s not for everyone, but it’s a pretty good movie.

Additional nausea pill taken and a Benedryl added for a decent sleep.

Tomorrow…  Many appointments and an MRI.  Full day!

And I think I have a solid plan for parking!  Wish us luck!