My least favorite thing to do in Memphis?  Take Nate to the train station!  Summer and I just got back from dropping him off at AMTRAC.  He will take the longest journey ever to get to Carbondale at 6AM.  It’s convenient… But is it?  With Nate gone, I have lost my buffer to a (rightfully) moody 21-year-old.  Wish me luck over the next week. 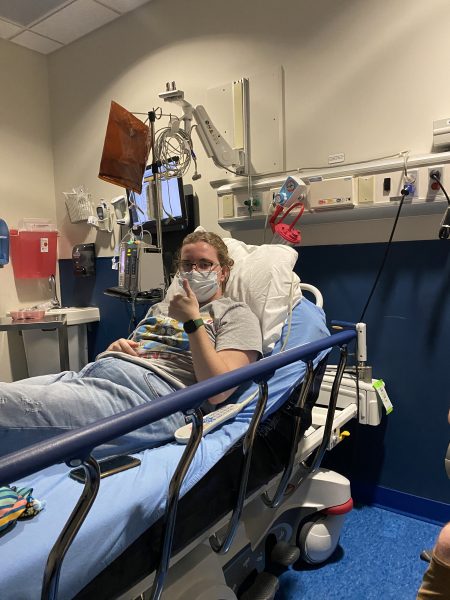 Today we had our first consult with the physical therapist.  I don’t remember his name, maybe Tyler?  He was super nice and had Summer do some exercises that consisted of easy balancing situations.  First one was a snap, she could stand and balance fine.  Her eyes open or closed with her feet together…  She had it.  One foot in front of the other…  Either side with her eyes open… Not so much.  We are now on the books for 3 therapy appointments a week going forward.  The logic is that Summer has become dependent on arm rails and walking near walls for her balance issues.  We need to ween her off that as much as we can by getting her balance back in order.

Tomorrow, our 8AM appointment is with this new PT schedule…  We are already wondering what we got into!

Today was my first experience with Chemotherapy.  We went to the “medicine room” as they call it, and they tapped into Summer’s “port” connection that will last for the week. I should probably post a demonstration of what this gadget is at some point.  It’s a metal housing under the skid that takes needles easily and directs injections straight to her heart.  With a little numbing cream, it’s a much easier task to get medicine in and blood out as needed.  No more searching for veins!

Once the port was in… Her small dose of Chemo took about 15 minutes to take.

We had another consult today for a clinical trial.  Summer and 150 other patients are needed for a trial that will take her DNA and see if they can isolate areas in her for medicine.  If they are found, then they can tweak her treatment as needed.  Very cool.  One other part of the process was signing off on knowing if they find any other bad DNA issues.  Do you want to be alerted or not?  I told her we might as well know everything at this point.  Can they scare us anymore?

Lunch in the cafeteria was good today.  I watched my kid eat chicken and dumplings like she had a normal appetite.  Well, 75% normal.  She left a lot on the plate, but it was far better than this weekend’s eating.

The last appointment of the day was Radiation.  Nate and I sat and waited for nearly an hour while she was put in a room away from us with the big giant proton machine.  The attendant said I could google it if I wanted a look.  I did.  It looks like something from a science fiction movie.

When Summer was done, she said that she had a hankering for the ice cream at the Noshery in Midtown.   With her lack of appetite all weekend and knowing she needs everything she can put down, I am here to oblige.  We found a parking spot right out front (because it’s a Monday) which is unusual in that hipster area.  We all decided that eating our ice cream inside was a better idea than going out n the 96-degree heat and watching it melt. 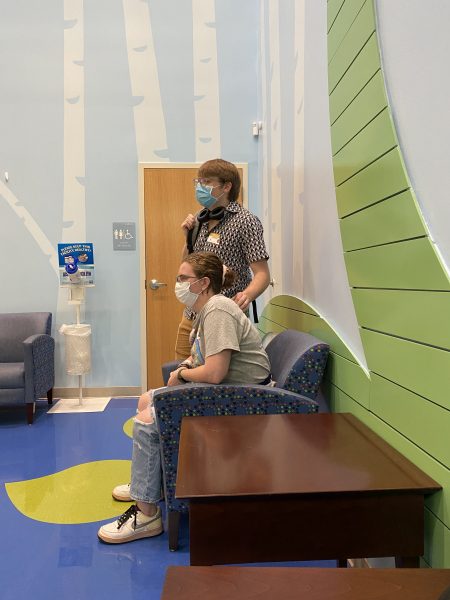 After that, we stopped by a hobby store and spent way too much time browsing.  I found a ROAD TEST magazine from 1968 that was completely focused on Toyota’s!  It’s awesome!  Summer and Nate asked when I was going to let them leave.  But I could tell they were entertained for while at this one.  Aiden needs to come to this store!  MidSouth Hobbies. 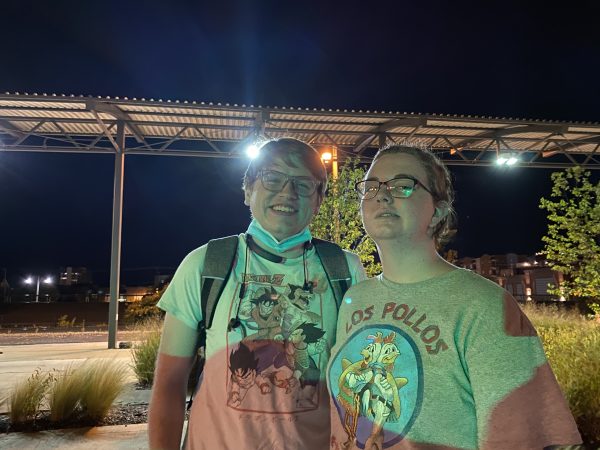 Tonight, as a fair well meal for this round of “Nate time”…  We picked up some Chorizo Tortas and a Steak Quesadilla from Maciels just down the road from Target House.  They were delicous and part of our tour of Spanish cooking in Memphis.  Summer and Nate relaxed and watched TV while we waited for the clock to tell us it was time for him to go.

After dropping Nate off… I did NOT take the one-way street down by Beale backward like I did last time.  So, it’s obvious I am getting better about driving in this town!

PT, Chemo, and Radiation are on the menu for tomorrow.  I imagine naps will become part of the afternoon habits.  Summer’s pain did not seem present today and she honestly seemed far better when it came to eating, so I am optimistic that we can get a good routine going this week for dining.