Another update from St. Jude while Summer is hanging with my Sister Sylvia.  It sounds like they are getting the hang of it. 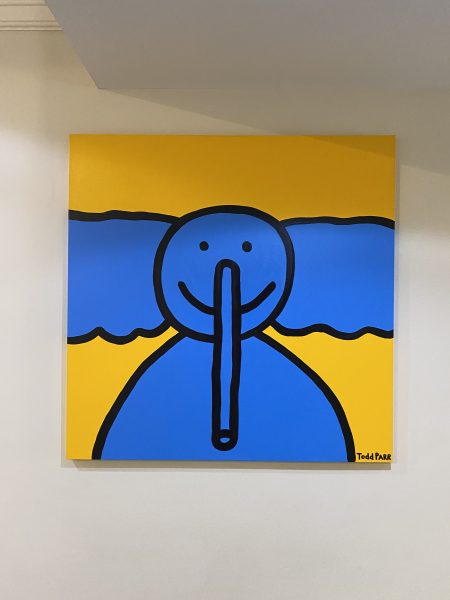 Memphis Day 2 – I think today went pretty well. Summer knows what she’s doing, so I basically just followed her around with my laptop and went where she told me to. It’s a solid plan. 10/10 would recommend.
They mis-scheduled her first appointment for chemo, so we had a couple hours to kill while we waited for her next one with an oncology psychologist (just routine for all patients her age). No problem – I knocked out a bunch of work.
When we went to her second appointment, I realized I lost my phone… just like I did when I went to see her at Carle! Deja vu. I checked security and no one had turned it in. The appointment with the psychologist was an “orientation” and ran long. We had to go straight back up to the first waiting room we had been sitting in for her to get in for chemo. Still no phone at security. While waiting another parent came in looking for HER phone. A nurse was helping her find it and pulled some chairs apart… and mine fell out! I am vowing to be more careful this week as this seems to be a pattern.
Because of rescheduling chemo, we missed OT and PT. That gave us time to grab a quick bite to eat and hydrate (we did not plan well in regards to snacks and drinks today) before going down to radiation. Happily, she got right it in time! I finished up work while waiting and we were back at Target House by 4:00. We both napped, I started a new book, and we ate dinner while watching ”Coraline.”
Summer seemed to actually eat pretty well today. Perfectly balanced? Well… not exactly. But I would say there were three actual meals. I call that a win.
One of the things that stood out to me was seeing all the other kids in the hospital. It’s not like a “normal” hospital where people could be there for regular check-ups and ailments. These children are there, because they are in for a long difficult fight. It’s definitely hard to see so many kids who are obviously sick and tired, and their parents are obviously worried and (most likely) also tired. But then there are very normal moments intermixed that made me smile – a toddler throwing a big tantrum because he HAD to see the fish in the aquarium and giggles as a little girl watched cartoons on her tablet. So very mundane amidst the abnormal and somberness. I told Dad tonight that he better bring a lot of tissues when he comes next week. There are lots of emotions. But one thing for certain is that being here makes you believe in miracles and genuine goodness. There has to be some greater master plan to bring all these amazing doctors, nurses, social workers, scientists, technicians, etc. together to help so many kids who would have been completely hopeless just a few decades ago. It’s truly humbling.