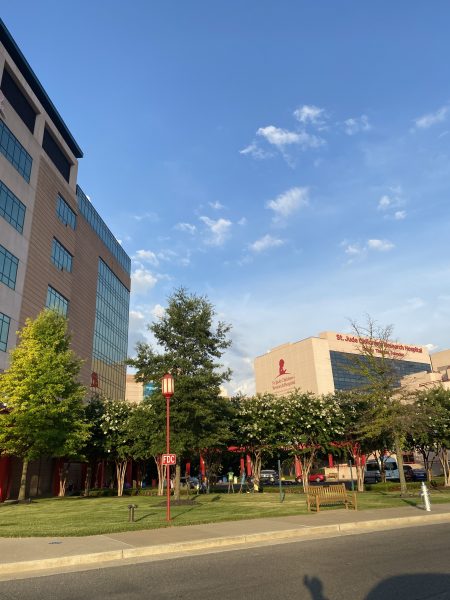 Is that an overdramatic title?  Probably so, but it’s accurate!  This morning Summer had to get an IV for her MRI later in the day.  The last time we went through this, the nurse trying to “Stick” her had to call in the swat team of nurses to get the line in place.  That didnt even work!

Today, we had a new (to us) nurse…  And she found a vein.  Did she ever!  We told the nurse that Summer was a hard “Stick” and as she looked over Summer’s hands and normal locations for a needle, the nurse remarked that the best spots appear to be all taken.  Once the bruise and collapse, it’s hard to reuse.  Summer had that nervous look…  There were no fun pictures on the walls or buzzy mechanical bees to distract her. She had me worried we might get the call for the swat team again if she got woozy.

This nurse just went about her business, fun and chatty, and then just stuck the needle in the right arm as if she was donating blood at the red cross.  That spot on the front side of her elbow.  After a second, blood was running out on her arm and onto the chair she was sitting on.  Summer kept staring straight ahead.  Thank God!  I was sure if she looked down she would faint.  All the while the nurse was chatty and saying things like “oh my” and “we have a little mess” in a very casual way.  During all this… She’s piling up bloody napkins and prep pads on the table.

OMG.  It was funny, freaky, and painful to watch all at the same time.  Summer is the champ.  We have many more needles in her future, but an access port, when installed on her chest will make these kinds of incidents seem like they never happened.

I don’t know if it was the needle… But Summer’s energy dropped off exponentially around lunchtime.  She was dragging hard during her support group. I know our appointments were super tight from 9 until her MRI at 2.  Last night, we thought eating breakfast at home and having a lupper would work…  But I think it was not a smart play.  I should have been shoving food in her mouth all day.  There were several times throughout today and tonight when she was holding onto me to keep steady.  For as strong as she has been… She still gets worn out very easily. 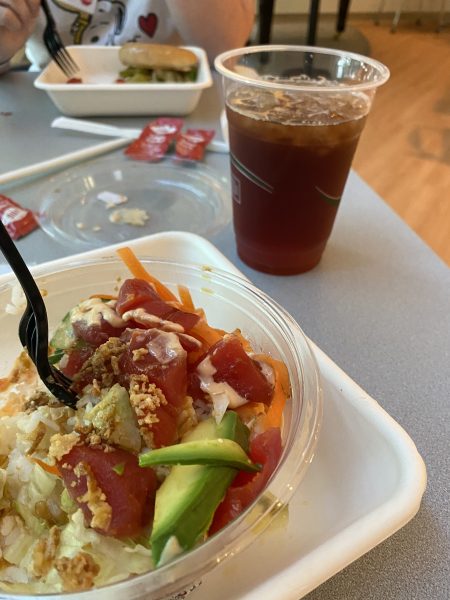 I had time this morning to do some Fort’s work from the apartment.   Even more yesterday.   Lots of catching up.  I also was also planning on working during Summer’s MRI after lunch.  That actually worked out well.  I had a customer in the service area at Fort’s that had some special needs… And I was chatting with the customer along with the techs and ASM.  I had some other things to do, but Summer was supposed to be done at 2:30 so I closed up my laptop and waited patiently.  At 3:15 she showed up.  Cold and tired.

After the MRI we made our way to the lunchroom for “lupper”.  We missed primetime lunch so it was a kinda mediocre hot food selection.  We looked at each other and agreed not to do this again!

Tomorrow we have a 9AM appointment and then a 2-hour break before we move on to others.  I would rather have them stacked up closer, but we will figure out a way to make it productive.

Angela went to work today… I don’t even know when the last day she worked was…  Seriously.  I feel like she has been gone longer than I have.  She arrived to a lot of support from her coworkers.  Cards, donations, and a bunch of gift cards.  Very thoughtful.  Frankly surprising to me… I was waiting for them to ambush her when she got back for missing so much work.  Her job is a tough one to miss so much time from.  The team is small and the work gets dumped in somebody else’s lap if she is not here.  I totally expected to hear her “freaked out bad day at work” tone when we talked this afternoon.  But she sounded fine.

I have been thinking I need to post about Fort’s Toyota and the great support the Fort’s have given… But I have been on a one-track focus for Summer over the past 4 weeks.  So, talking about 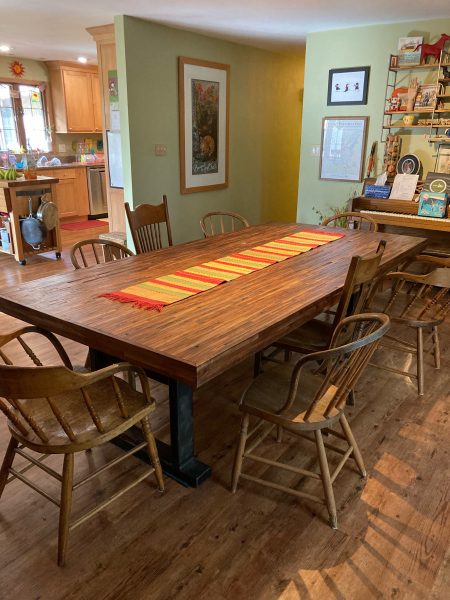 anybody or anything else that is not a direct conversation about Summer’s treatment has seemed flippant.  Fortunately, we are getting to that point where we will be in routines.  That will be great and we can talk about Aiden getting through his summer break… Angela and I working and whatever else pops up.  I will talk about Fort’s on a future post.

There is plenty of other things to talk about…  Like a big table that appeared in my dining room while we were gone?  Oh boy.  Where to go with that?  If you even went to ARENA E-SPORTs in Morton…  You might recognize it.  Angela called and asked what I knew about new furniture in the house…  I had an idea until she gave me some more details.

With friends like Gabe and Daryl…  My support system overfloweth!

Seriously…  It’s an amazing table…  But we may have to get new chairs to match it…  So this may not be the right time.  But will you look at that thing!!!  Amazing.  You can dance on it.  That’s what Gabe says, I have not confirmed it and I have low ceilings…  Probably won’t be any video of that.  EVER.

Got a copy of our CARLE bill today…  With one payment from the insurance company of 998.00…  Our outstanding balance is about $348,000.  Hopefully, that number gets clobbered by insurance.  Please send prayers in that direction as well!

Tonight at 5 PM they had an ice cream “bar” in the Target House lunchroom.  Because of COVID (stupid COVID rules will never leave!) they make all their activities and meals “to-go” .  I thought Summer would want to pass on this because she was tired.   I was wrong.  We were there at 5:03 for our treat. 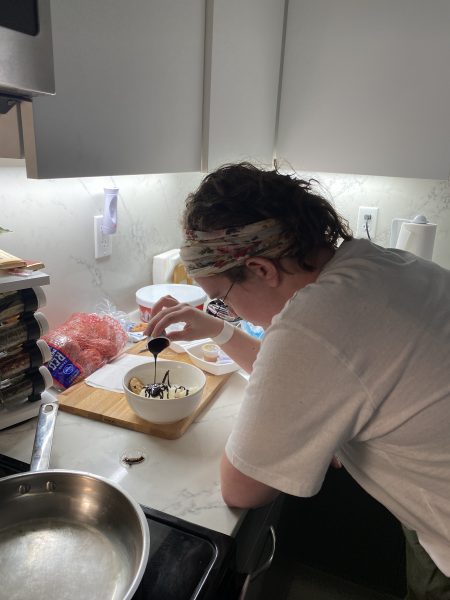 We got a small Blue Bunny vanilla ice cream (Google Blue Bunny Benedict Cumberbatch for an easter egg to a side conversation Summer and I had) and a separate container of fixings.  Candy bars, syrups, sprinkles, and cookies.  Additionally, what ice cream dessert is compete without jelly beans?  It was kinda gross and sugary, but I ate that sucker nearly as fast as Summer.

We walked over to Target House 1 and checked over their DVD movies and found “Yesterday”.  You might remember it, the Beatles soundtrack movie that came out in 2019 about a guy who lives in a world where the Beatles never existed.

Before finishing the movie, we headed back to St. Jude to grab some Dinner.  I’m telling you, our schedules were jacked today, can you have Lupper and Dinner in one afternoon?  At 7PM we ate and continued the movie.

I love Danny Boyle movies.  But I was torn on this one… The ending is not what I hoped.  Summer pointed out that I am an idiot because I was not happy to get the ending I wanted.  Point Summer.