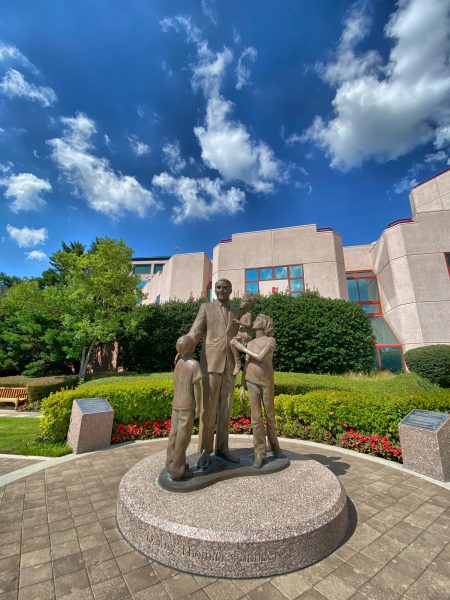 This will probably be one of the last entries I make from a first-hand day with Summer.  We saw Dr. Gajjar today and he gave us the go-ahead to let Summer go back to Carbondale for the weekend… I will then drive home and do not plan on returning for a while.   Maybe Labor Day weekend…  But probably not till Mid-October till Summer has to go back for her full regimen of Chemo.

Next week my sister Sylvia has stepped up the challenge of being Summer’s caregiver.  Then, my parents step in and Angela will probably do a few days after labor day.

We had lots of appointments today.  Starting at 7AM, we coursed through 7 appointments and saw all kinds of people.  PT, OT, Doctors, Nurses, Pharmacy, Chemo, Radiation… You name it.  Ultimately, she was waiting for a minute with Dr. Gajjar.  I had mentioned that she got the short end o the stick when it comes to understanding her diagnosis and the prescribed treatment.  Summer got the answer she wanted about going home this weekend… But she also wanted to know why she can’t use the Peoria affiliate for treatment.

I am not going to put words in his mouth… But it went something like this.  When we originally prescribed treatment, he was setting her on a program that they are doing over and over in Memphis.  At that time, he did not want her going anywhere else for the sake of the study she would be in.  BUT, not she was being treated more aggressively and was not part of the original study.  Because of this… He said there may be some opportunities during the different phases of chemo to let her stay in the Peoria area.

He did say we would talk more about these cycles later.  He also said he wants her in Memphis if her health is deteriorating.  Any infection or problems when her body is low on platelets and white blood cells could be a disaster 6 hours from Memphis.  He did give the Peoria affiliate high praise because of the scale of the operation and that’s the only reason he may allow it.

This is nothing set in stone.  But its a positive motivation as we head into the fall and winter that Summer may get time back home.  This also could be a serious release valve for Mom and Dad (me) as we try and manage our occupations and try not to burden our friends and family.  Not that they haven’t been offering to help.  We are blessed with so many people checking in every day and wanting to help.  Its amazing.  That said, Summer would really like time closer to friends, boyfriends, and family than think about 7 months straight in Memphis.

I am probably getting my hopes set too high already.  I’ll stop talking about it.

Blood counts were normal today.  Summer ate a Cinny Mini or whatever it is this morning and I packed her a cold glass of Mocha Latte Orgain that she dutifully sipped on all morning.  We did not do lunch because of our obnoxious schedule.   I know… Fail on my part. 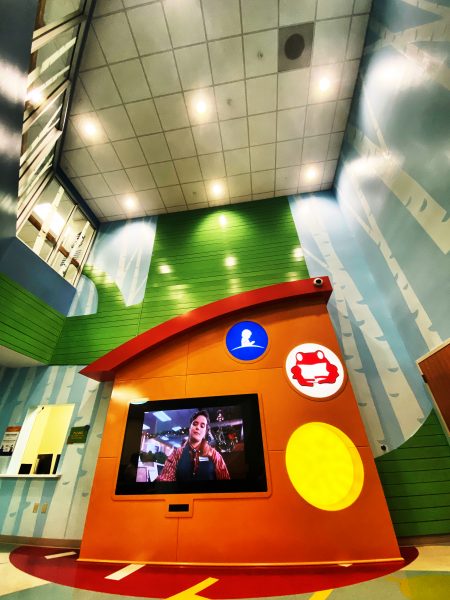 Tonight, the company that provided one of the best dinners when we were at TriDelta House, One and Only BBQ, supplied dinner for the Target House.  We had those awesome Turkey sandwiches again and their ranch beans.  Pretty good stuff and she did eat a bit of it.  Even the beans.

Earlier when talking to nurse Lindsay, we talked about how Summer will not take the appetite enhancers because they made her feel dopey.  Literally, since they are synthetic THC.  Lindsay prescribed another drug, Cipro-something I think, has a different side effect.  You get tired.  Summer took one of the pills before dinner and we were doing great till about 8PM… And she started making Grampy jokes… Saying she feels old.  She barely got through Alone Winter before she said she was going to bed.  These pills supposedly start to build up over 5 days.  I am hoping she makes it through the weekend without falling asleep all day with Gino.  Then again.  What cat doesn’t want to sleep all day?

We went to an amazingly whacko store down here called Bargain Hunt.  It was last week, and I didn’t think much about it.  But Summer did find a sweater and waterfall “waterer” for the cat.  I am guessing her snap chat will be filled with images of a cat in clothing this weekend.  Might be time to make an account.  (and then beg to be added to her friends)((good luck with that))

If all goes as planned tomorrow…  We will be on the road by 3PM.  That’s not great… I’ll take her to Carbondale and I should be home in Tremont by 10???  Ugh!  Long day ahead.