I mixed it up for breakfast this morning.  Should you choose to, you can get some food provided here at Target House in the mornings…  It’s mostly frozen burritos or muffins from Jimmy Deans served on the first floor.  If you follow my Instagram, you 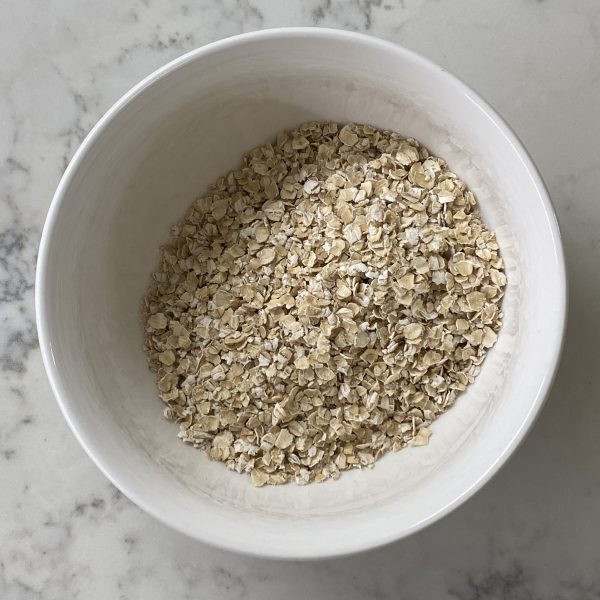 know I make my own breakfast daily.  Soyrizo, pepper, spinich, egg and tortilla.  I am a man of routine.  What I have not made routine is figuring out what Summer will eat for breakfast.  I think I can rule out eggs… She barely liked them before.  Don’t think we are going to get her to like them during radiation!  We have tried a few different options for breakfast this week…  the last two days were toast and jelly.  Every morning while she is just getting I go down to the first floor for a coffee.  Today while getting my cup… I saw some oatmeal packets and asked the clerk for those.  Maple Cinnamon or something like that.  Very boring, but I had a feeling this would work.

I poured the oatmeal in a bowl and waited for her to get out the bathroom.  A few minutes later, I was on my laptop and looked over to see Summer on the couch stabbing a spoon in the bowl.  I had not heated up anything and I didn’t hear the microwave.  “You warm that up?” I asked.  “I never do” she said.  That’s gross I thought to myself! I grabbed the bowl from her and warmed it up till it made the oatmeal more like paste.

Drama-free parking day.  I got a spot super close to the front door.  Summer had pointed out those spots yesterday that were formerly handicapped…  That was her story anyway.  Today I looked down and verified that she was probably right.  Fresh paint appeared to have been dumped hastily on the ground to cover the handicapped signage.  There were also lots of shoe prints walking through them!

Chemo went well as it always does.  The Medicine Room nurses are like clockwork.  They all have different personalities but they are all friendly and bring different conversations to the room.  As I sit in the chair next to the examination bed, I see that Summer moves her feet as they introduce meds into her port.  She used to talk about it as it happened.  Now we just ignore it?  I guess?  It’s weird what becomes normal anymore. 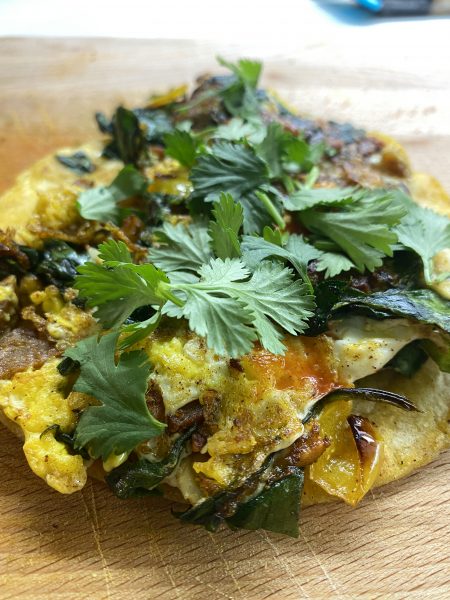 We had a nutrition visit today.  The therapist who gave us the taste test of protein drinks last week was back to ask for a review.  We told her the only one that was decent was an iced cappuccino.  She was quick to order us a case if we wanted it.  We did the math… If Summer is here a few more weeks…  12 or so would be good.  We really don’t want to carry out anything more than we have to when this session ends in early September.

After Nutrition, Summer saw Katie, Lindsay, and Dr. Gajjar.  Our full roster of attendees.  Not a whole lot to report.  They were all amazed that Summer still has her hair.  Summer quipped this might be from the fact she barely washes her hair for getting her “port” bandages wet.  They also noticed she was getting irritated skin on her face from the proton radiation.  Her back is fine, but her forehead is red and blotchy all the time now.  We have prescribed some topical cream that will help with the burn feel.  Summer did say that she can feel the heat on her neck after radiation.  I told her today that she was sweating through the back of her shirt.  She said that she has no control over how her body deals with temp anymore.

One question we did not ask… Foolishly…  Why Summer can’t get her Chemo this winter done at the Peoria affiliate?  When it was brought up before, Summer was completely zonked out from drugs after surgery.  Dr. Gajjar dismissed the request for Peoria and we were not questioning it.  I’m not sure if the results will be different if she asks him, but at least she will understand.

Next, we did lunch.  I have to force this subject.  If it were up to her, we would go to another waiting room and wait hours for radiation.  She did suggest we go back to Target House and look for a lost package from my family members at the office.  But I didn’t want to drive there and back (and lose my parking spot)  We ran to the lunchroom and grabbed cheese tortellini and more broccoli.  Summer also grabbed a peach cobbler for dessert.  She dabbled in tortellini.  It was a Mediterranean style with oil and olives.  I could taste why it wasn’t appealing.  The broccoli was ok.  But Summer did dig into her cobbler. She ate nearly all of it.

I have noticed that she likes regular sweet stuff.  Not fake sweet.  Cakes, cobblers, cookies, and mango Pepsi get high marks.  Anything that is bitter or sour is not attractive.  She says that the radiation makes her smell sewage every time she smells the tap.  Bottled water, no problem.  Memphis water…  Problem. 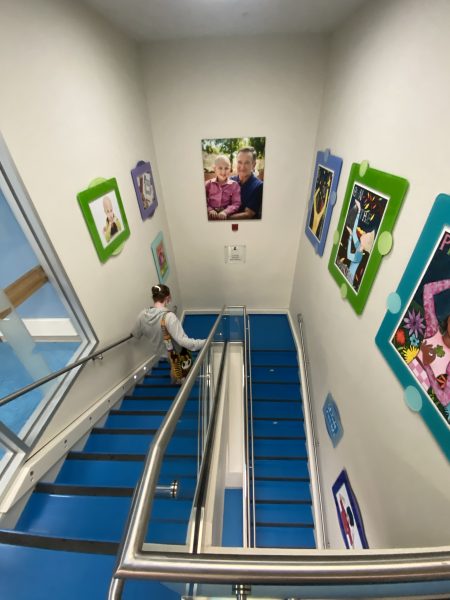 After we were done eating, one of Summer’s new friends from her “Youth Group” stopped by…  Katie and her mom Carol were a breath of fresh air.  Just like when Fry’s were here this week, it’s nice to have other people to talk to, even if for 20 minutes.  Katy told us about her leukemia and how they have been patients for 3 years.  Now, it’s fixing the damage from Chemo.  All of these conversations about medical problems are so matter-of-fact, but then the talk get sprinkled with side topics about life in Memphis and getting ready to look for a job.  Again, new normals?

We had a quick visit with the Radiation team.  A new doctor came in today and asked what the scar was on Summer’s leg.  Then the rest of the team had to come take a look.  This has become standard operating procedure here in Memphis.  Nobody does grafts.  So if our doctor says skin graft…  Tell them that’s old school.

There was talk while with the Radiation team about a future visit by a plastic surgeon and also some talk about a nerve transplant for Summer’s face.  I said, “Well, we need to get through chemo, that’s the important part”.  Summer looked at me and quite vocally announced that its important to her.  I stand corrected… And if it’s important to her… It’s important to me!

Last but not least was Radiation.  We actually got in early today.  As soon as I sat down, Summer texted asking (telling) me to grab her cream from the pharmacy and her case of drinks from E-Clinic.  By the time I did all that…  And sat down… She was ten minutes from being done.

We got out around 4ish and headed back to Target House.  We went down to the mail room and got more cards (You people are awesome!) for Summer to open and read.  We then asked about that lost box… It’s not here.  Yet.  We have faith.

Dinner tonight was provided by Corkeys Tamales.  We were all excited about the dinner…  But I don’t think either of us is a huge Tamale fan.  Corkys says “Tamales and Chili” on the signage and sure enough, these are made with Chili as the filling.  It’s like plain cornbread and chili wrap.  In another time and place with a beer… Maybe.  Summer ate all the cookies and ate a few cheese curls.  She might have eaten one Tamale of the 4 given to her.

That’s what I am now focusing on.  I now study every bite she takes.  More new normal? 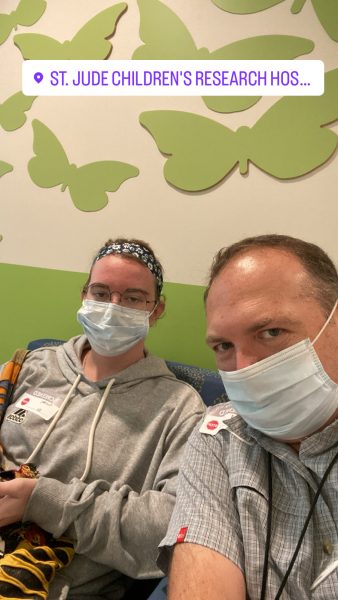