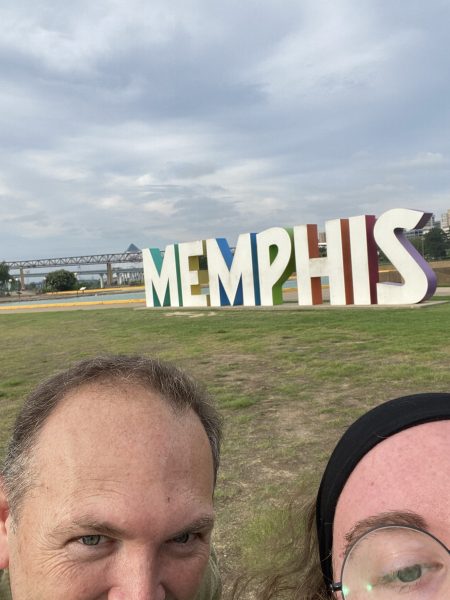 We had a decent day today…  The hair thing has been getting unnerving.  Summer pulled back her headband for me today and revealed that the middle of her head has thinned a lot.  Not sure if the headband over the past 2 days made it worse.  Regardless… It’s all coming out, with help or not.

Eating was OK today.  Oatmeal, Kinde bar (coconut), and some pineapple chunks at the Kay Cafe because she didn’t care for the Cajun Shrimp and Broccoli (they are delicious BTW!). I’ll get to supper in another paragraph.

Today at St Jude… Again…  And I will be gone before I get this figured out…  We were the last ones in radiation.  We stuck around for our 3-hour gap with hopes of getting in early.  Sense an ongoing theme?  It never happens.  I should have come back to Target house… Helped out my guys at work and let her nap.  Tomorrow… I swear tomorrow I will do that if the schedule is the same.

We wanted to scoot early tonight because we had more guests in town.

Driving from across the state for supper tonight were Uncle Steve and Lisa.  (Thanks for coming to Memphis and visiting!)  It was a very nice day and it was perfect to get back down to Mud Island Park before it closed for the day.  We followed the gigantic scale model of the Mississippi river that winds through the park and shows all the towns along the way.  It was actually really cool and we all geeked out on it as it passes areas we know from real life.  Even Post Offices!

Summer used her college-level geographic skills to educate us on Oxbows on a river.

At the end of the scale replica of the Big Muddy is the large Memphis sign.  Seeing this sign and nabbing some pictures was our goal in the first place.  We all got our obligatory selfies near the giant letters.  It reminded me of all those town squares in Mexico last year.  We had to stop and get a picture of each one while we were in the Yucatan.  This one in Memphis is nice… But if you have to pay to park and the area closes at 7PM…  It’s never going to be popular.  Maybe we can get some of these for Tazewell County?  A giant Pekin sign by the riverfront?  Same with East Peoria.  Let all those boaters know we are on the better side???  LOL.  Maybe?  I’ll bring it up if I get elected and we need a marketing campaign. 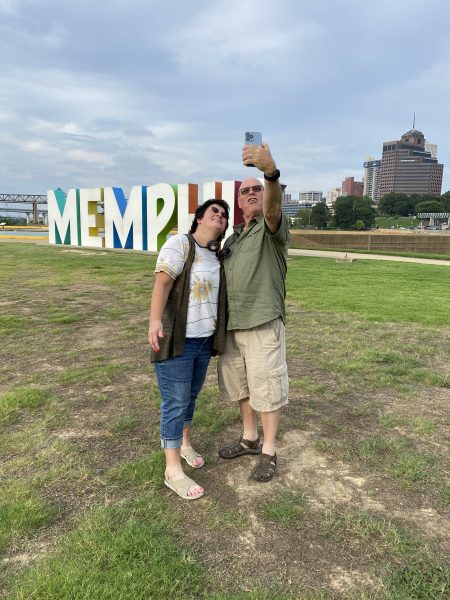 We were super close to “Tugs”, so they won out for dinner.  It’s easy and they have nothing on the menu that is going to turn anyone off.  Summer got a Mojito. I got ice water.  What crazy upside-down world is this where I don’t drink and she does???  We split a bison burger.  And by splitting… I mean I gave her a 1/4 and she ate half of that.

Afterward, just like earlier in the week with Kat and Anita, we walked over and watched the Sunset.  We could not have timed it better.  We walked outside of Tugs, walked across the road, and watched the sun go down.  (No green flash BTW).   It’s a great little spot to end the day in Memphis.

A day that was not ready to end!!!

Summer declared that tonight she was cutting her hair… But did not want to go to St. Jude with a ballcap on Wednesday.  Especially one of her two white hats. (I was as lost as you on this one!)

After leaving Steve and Lisa and heading over the bridge back to town…  Summer demanded that we head to a Target (The store) to look for a beenie hat.  I was skeptical.  We are in Memphis and it’s hot as the sun daily.  They won’t have beenies…  I was right (for once) but that’s not all good.  That means we have to go to other stores.  At 8:30 on a Tuesday, I was not optimistic about finding much.  Summer then wanted to head to Walmart.  Ugh…  Those are even further away from housing.

I got lucky when I saw a Nordstrom Rack with the lights on.  We pulled in and found some beenies in the men’s and women’s sections.  15 dollars later she had a black beanie hat.

As I type this… She is in the bathroom cutting her hair by herself.   I just knocked on the door and she won’t let me in.  I told I would help touch it up…  She said that WILL be necessary.

Aiden and Alex went to Chicago tonight for my Decemberists show.  I can’t wait to hear what the non-fans thought of one of Summer and I’s favorite artists.