Today was a low-key day…  Yesterday we got the news about a surgery next week… That change reduced the load of appointments today drastically.  What was set aside initially for radiation is in stasis until surgery is completed. 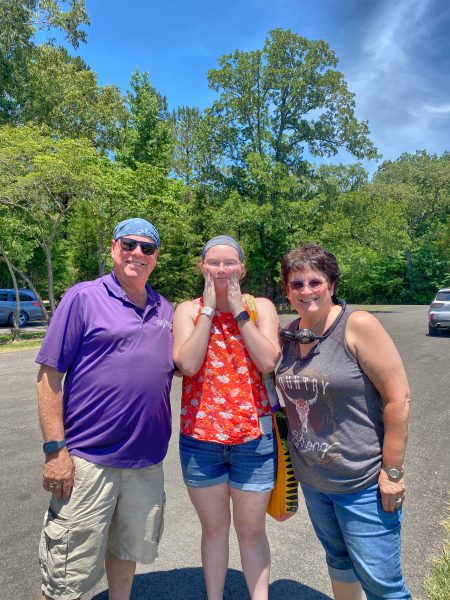 We had a Research Consult today.  We had no idea what the morning appointment was until we sat in radiology with the St. Jude representative.  She wanted to ask Summer to be part of a study.  It’s nothing fancy or super scientific.  They are looking for proteins in patients with this kind of tumor and need her permission to add her to a test group.  This will not help in any way or give her different procedures.  I suspect we will have tons of these.  Sign away that you know they are taking extra materials and doing what they will with them.  We had no problem with doing this as we seem to be getting a great service from St. Jude anyway.

My Uncle Steve and his wife Lisa have been trying to get over to Memphis since our arrival last week.  To this point, its just been Angela and I with Summer every day.  I’m sure she is sick of us and would welcome some new faces!  They live about 90 minutes from St Jude and we all agreed to go to lunch at some point this week… But as appointments and shuffling schedules kept jostling this rendezvous.  Today, with everything pretty wiped out until next week, we made it happen.

Its worth noting that this cleared-out schedule almost had us driving to Carbondale to clean out Summer’s apartment, but it was not recommended she travel that far from St. Jude by Dr. Gajjar.  You tell a 20-year-old she has 4 “free” days before another major brain surgery… And you think you can get her to stay away from friends?   Unfortunately, that’s the reality.  I don’t think she will have any other visitors before Wednesday.

Instead of meeting Steve and Lisa in Memphis, a town we expect we will all know very well over the next year…  We agree to meet them about 90 minutes out of town…  At Shiloh Battlefield.  I had done the research and guess what?  They have a Jr. Ranger Program with the National Park Service and…  Wait for it…  Indian Mounds.  Everyone was a winner at Shiloh.  Kinda…  The Union really wasn’t.  We found that out later during an excellent battlefield program with a park ranger at the Peach Grove.

The Mounds at Shiloh are pristine and I have to think it’s from a couple of factors.  Shiloh was given national park status in the late 1800s.  This means farmers were not able to raise the mounds for crop-bearing fields like most were during the 1800s.  Second, soldiers’ bodies were buried in some of these native American mounds adding to their sacred status.

There are remains of a fortified wall, borrow pits, and 5 large mounds.  One large mound has an amazing view over the Tennessee River. 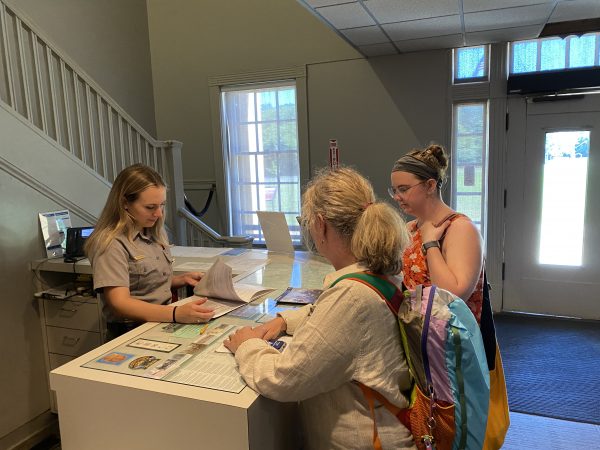 OK, so this sounds fun for me.  But it was good exercise for Summer and the Jr Ranger program gave her and Mom something to do today that could have otherwise been spent worrying about next week.

I think it was a win.

We had dinner as a group at a nice little place called Wolfe’s Cafe in Savannah Tennessee.  The road back to Memphis on RT64 should have been called the Dollar General Heritage Trail.  I think we passed 50 of them today.  I am dead serious!

Tomorrow, we have to move to Target House.  It’s a longer-term housing establishment sponsored by…  You guessed it… Target.  We have been told it’s amazing.  I can’t wait to check it out.   First, though, we have to move.  OMG…  This room we are in now has sooooo much stuff.  Wish us well that we can get it all moved and stay a cohesive family unit.

Summer and I talked about seeing the Baz movie, Elvis tomorrow night.  She thinks she can see it well enough.  So, don’t be shocked if I report that we saw a movie on Saturday night.

Thanks to my folks for checking over the house and getting Aiden to his court date today.  He got off with driver’s education training.  That’s a relief.

Also, thanks to Linda for getting him to vote this week.  I am told he might have voted for his Dad…  How nice!

Summer did read some of my posts on the blog.  I got the nurse’s name wrong… Its Katie.  I’ll fix that.  And, I spelled doctor Gajjar’s name wrong as well.  I tell ya, I write this thing before bed and I sometimes cringe on a morning re-read.  But, it is what it is.  A BLOG!   Ameture documentation at its best.

I also rewrote the GoFundMe on her recommendation…  It was all about CARLE and getting accepted to St. Jude… But things have changed.  Also, the timeline has changed greatly and the need for FMLA may pop up now.  So, I moved the marker on the “ask”.  Not trying to be greedy… Just trying to ease some pressure.

Thans for reading, I’ll probably hold off on any weekend updates.  Check back Monday. 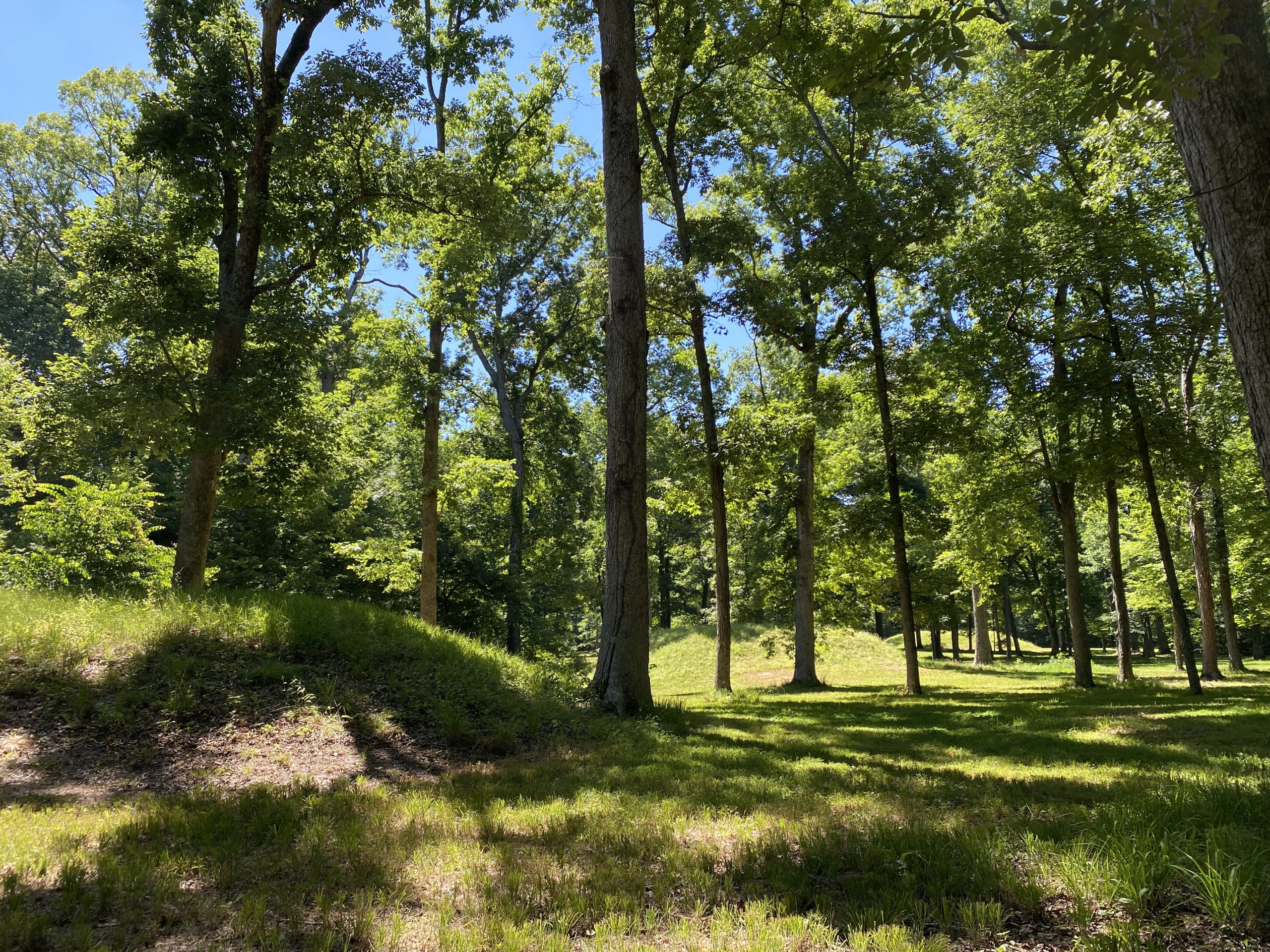