A lot of information today… So I will jump right to it. 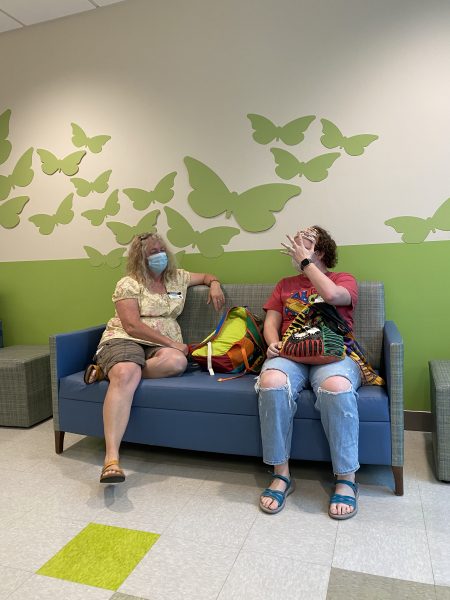 We arrived this morning at 8:00 AM for registration…  We were a few minutes earlier than our crew in E Clinic and took a seat.  We were not prepared for the whirlwind that was brewing today.

Our primary care nurse, Katie was first on the docket today.  She ran through everything with Summer to check her vitals and get her doctor’s basics.  After Katie, we were interviewed by our nurse practitioner, Lindsay.  We were not getting many answers about the timeline either.  I think we got some raised eyebrows at the suggestion of coming back to Peoria for treatment.  I should have read between the lines… But I am still running on full optimism.

Dr. Gajjar came in during Lindsay’s interview and he talked with Angela and me about Summer’s cancer and what the plan was.  The Dr. is very soft-spoken but exudes confidence in the procedures ahead.  During our talk…  He dropped several bombs.

That number smacked all three of us across the face.  We asked about Peoria and were told that was not an option.

This means Summer will NOT be coming back to school for the next year.  We do need to cancel her lease.  Angela and I will need to seriously figure out logistics for the long term.  This time between CARLE and here are have been nothing compared to the next 9 months estimated for Summer’s treatment.

We got some lunch…  Caught our breath and all joked that we need a group cry.  We came back to the room at TriDelta and took a group nap instead. 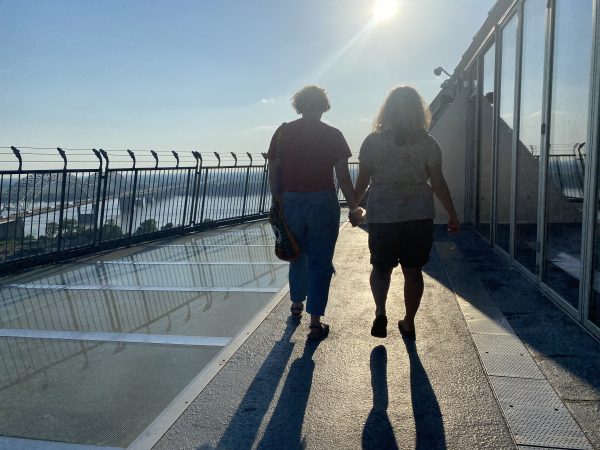 At about 5 PM we decided a distraction was in order…  Instead of sitting around our hotel room moping, we drove over to the Bass Pro Shop at the Pyramid and wasted about an hour looking at fish, going to the observation deck, and catching the epic view of Memphis.

We then decided that we could run over to a small shopping center for Angela to return some shoes.  This spring, when we were in Chicago, we picked up some shoes for Aiden at Nordstrom Rack.  Within one day, he had a giant leather thread pulling out of them.  The boy can destroy clothes by just looking at them.  I was going to take them to the Pekin Redwing store for repairs…  But Angela wanted to return them.  Well, that has been a few months.  But whatever… She will carry items for returns for months until we get back to a store from Chicago etc.  Of course, they were in our van….  So, tonight, she went into the Memphis Nordstrom Rack for a return.

Nordstrom only allows returns for 45 days.  We were well past this.  Today has been rough, and I seriously feel like I had to restrain Angela from doing something crazy in the store.  She said she was going to find the shoe in the back and swap it out.  I told her that I did not want to explain why I had to bail her out of jail in Memphis during Summer’s treatment.  I do believe she listened to me…  I guess I will find out when I get home and have a shoe that is new or needs to be repaired.

Summer proclaimed that today was a free smoothie day at Smoothie King.  We had to tell her that BOGO is not free…  It’s just a good deal.  Regardless, I am still willing to bend all rules for treats when we are recovering from the news of the day.  Angela and Summer got the BOGO… I got to drink from both.

We came back to the room and Summer and I have been watching episode after episode of Iron Chef on Netflix.  The night ended well.

Back at it tomorrow.

We did have some other conversations with Dr. Gajjar about “How” “Why” and “What” caused this.  He was very professional and talked us down off the parenting cliff.  And honestly, Angela and I had another “what if” conversation about being here at St. Jude.  Did we make the right call?  Should we have done Northwestern or Mayo to stay closer to home?

Ultimately, St. Jude is where we need to be.  What sacrifice would you make for your kid?  The answer is anything.  We will keep knocking back obstacles here and at home day by day.