Today was the day Angela “lost it” with the doctors at CARLE.  I was at work today, so I cannot verify or deny the extent of her verbal altercation… But I knew it had been brewing for days.

Dr Mostafa and the nurses in the CCU have been outstanding during our time at CARLE.  But, we have been lacking help with housing questions, finances, and timelines.  Every time we would ask a question about these things we are getting strange looks from our nurses saying things like “you haven’t talked to a social worker?”  “you haven’t talked to anyone from oncology?”

No, we haven’t talked to anyone but those servicing this room with Summer.  While we have a one-track mind of being beside her 24/7 we are also aware that a plan needs to be moving her forward.  We have some interest in what that is!  Dr. White got the wrath of this today when she came in and did her rounds.  Angela pointed out that we have been here 8 straight days and nobody has talked to us save the 5 minutes a day from Dr. Mostafa.   The other 23 hours and 55 minutes have not been so informative.  Read below for the end of day visit by Dr. Barnett.

Summer had a relatively quiet day today.  Aunt Sylvia came and sat with her and old school friend Olivia stopped by as well. 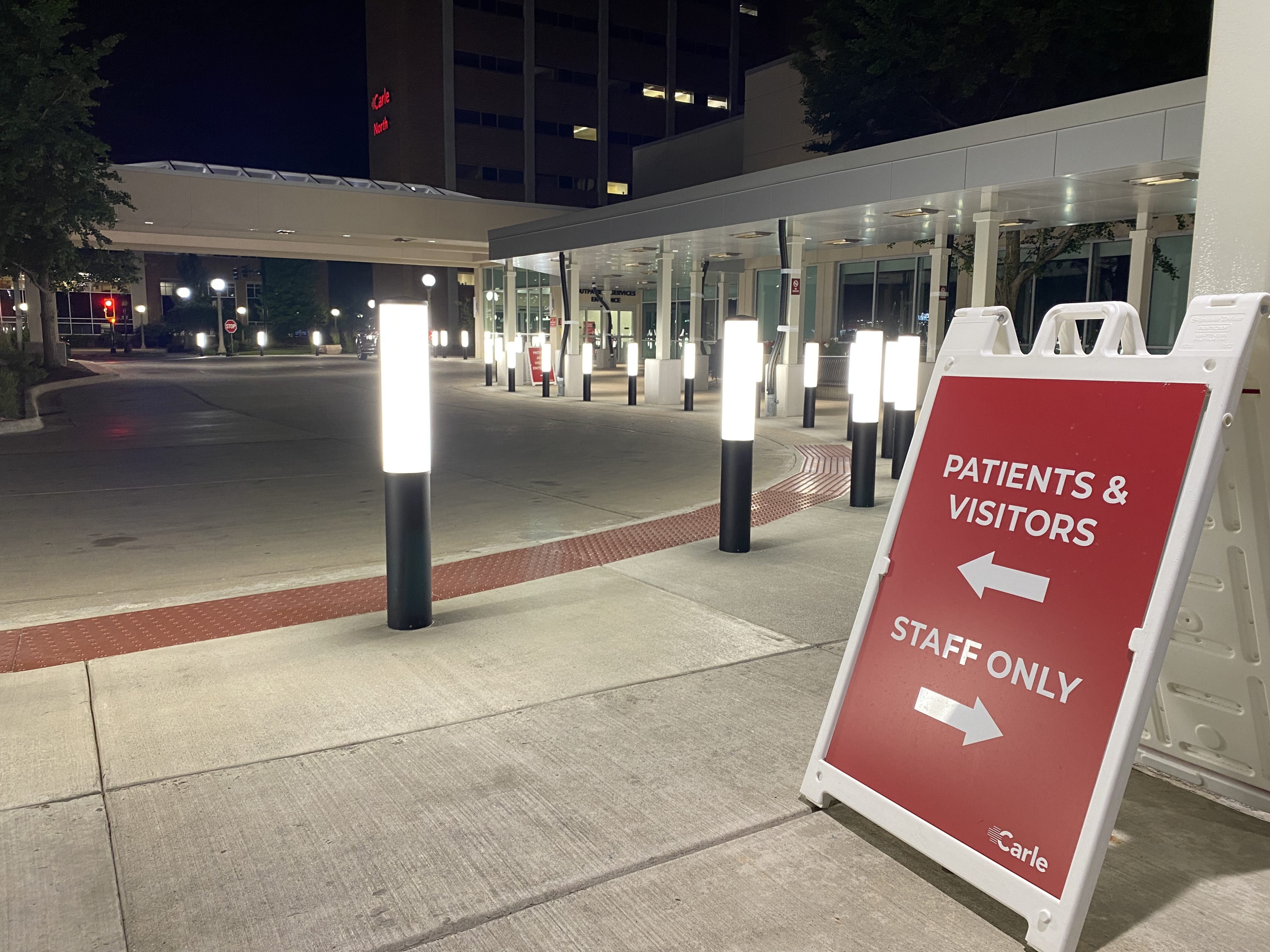 Angela said that Summer seemed low and was making some comments today that were a little too dark for her.   Nate reassured us that she was joking and not to read too much into that.  That said, I know the strain of leaving school and her apartment are upsetting her.  I’ll get to more of that below.

She needs to poop!  (is this oversharing?)

The drugs that kept her nice and pain-free after extensive surgery also keep their digestive track very lethargic.  One of the signs of improving health is a healthy digestive “flow”.  We have not had any flow since the surgery.  Now, she was not eating for nearly a week and it’s only been a few days since she has had the feeding tube before finally getting solid foods.  All of this adds up to a geyser that should be ready to erupt.  We left the room today a few times in anticipation.  But it hasn’t happened yet.

This is the last hurdle that has me worried.  For now… I mean… I’m going to be worried for a while…  But this one is just another daily worry… The brain pressure monitoring is getting nerve-wracking.

The major symptom of Summer’s ordeal was excessive pressure on the brain from lack of drainage.  During the surgery, to help combat this and help maintain healthy pressure, surgeons installed a drain on the top of her head.  That’s what is shaved and patched part above her left eye.  Every day since the surgery they have been ticking up the pressure to a level that is “normal”.  The goal is to have this drain capped and watch her body take over the job for 2 days.  Then they will remove the drain.  IF she cannot regulate pressure a permanent “shunt” will be installed from her head to her stomach as a way to vent excess fluid under pressure away from the brain.

We are running out of days.  After surgery, I believe this tube needs to be removed after 8 days.

I talked to Todd today about it as he is a medical professional.  He talked me off the cliff.  But I still want this part to succeed. 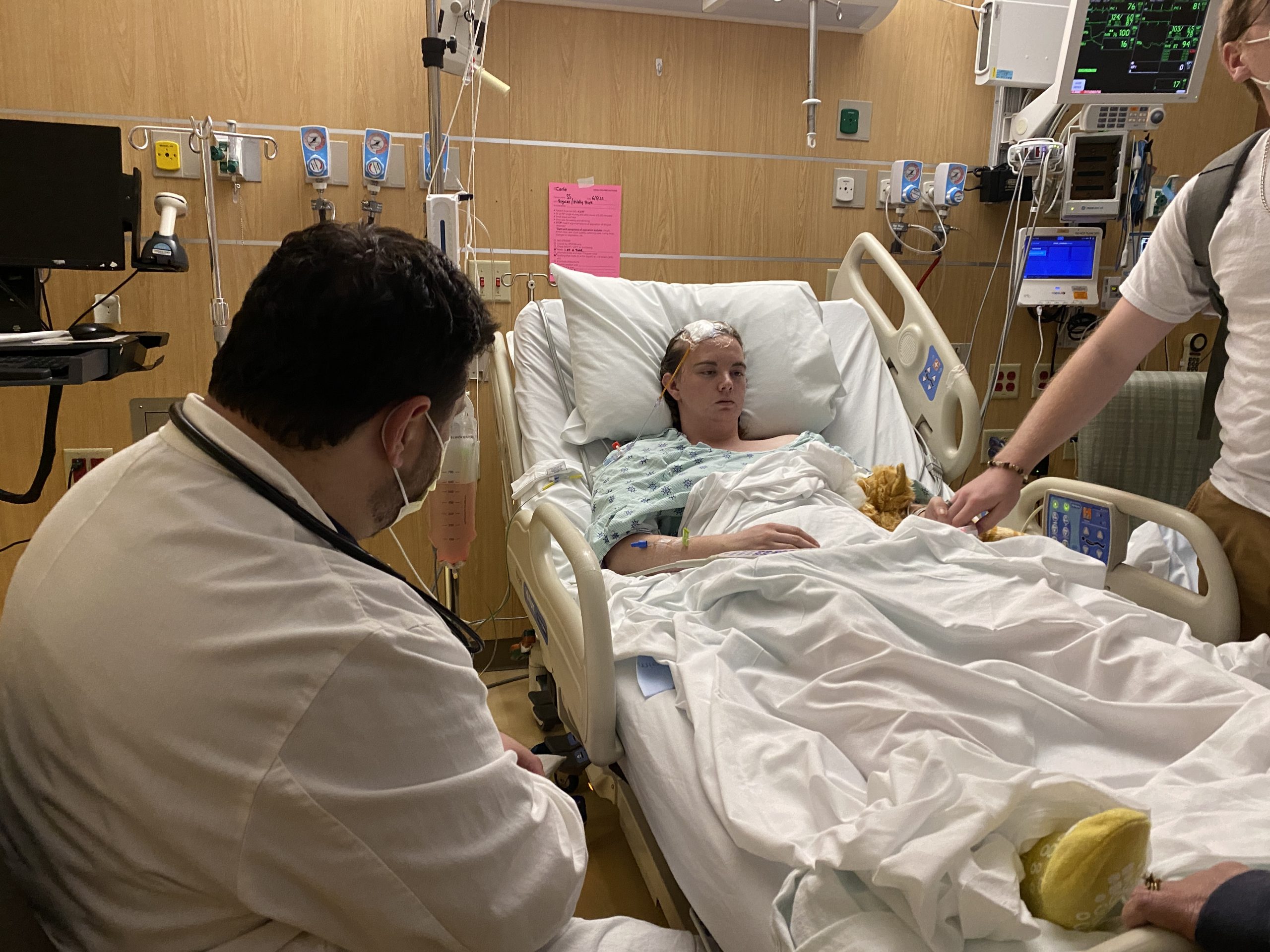 Let’s get back to the anger and start talking about good things.  Redemption.

Angela’s conversation with Dr. White this morning probably inspired a 7 PM visit from Dr. Barnett.  Dr. Barnett is a radiation oncologist who was well up to the task of talking to concerned parents.  We spent nearly 90 minutes talking about what we should be expecting from CARLE and the handoff to St. Jude.  He was brilliant and he was absolutely the calming voice that needed to come into the room and talk to all of us.  Halfway through the convo, Summer declared she had to go the bathroom.

We convened in the consultation room down the hall.  We had lots of talk about Photons, Protons, and Chemotherapy.  Nate helped the doctor explain radiation therapy after Angela started comparing photon treatment to shooting bison from 200 yards with a .22 pistol.  (I’m still confused!)  We also talked a lot about timetables and expectations.

We were then interrupted by nurse Abby to find out that Summer did NOT poop.  (we were so sure this was the time it going to happen!)

We took the meeting back to her bedside.  Summer asked the big question.  “When will I be able to go back to school?”  Dr. Barnett did not sugarcoat it.  Even if she got 30 Photon treatments and everything went perfectly in Memphis, she will likely miss the fall semester.  If she is able to take an online class or two, that may be in the cards.  But do not plan on being back in Carbondale this year.

We have been overwhelmed by the support from friends and family to this point.  I know many of you are following along daily on this blog to keep track of Summer.  Thank you.

Like I said before, she does have real bills that we are covering.  If you would like to contribute financially to her college fund and other bills accumulating, here is a link to the gofundme.

Tonight was the first time Summer had heard about the idea.  She did tell her Mom that if she gets enough money from this she will buy a Fiat Spyder.  Her dream car for years.  Tim Oyer, yours for sale?  lol.  Seriously, we are not buying a car, we are buying peace of mind for next year so she is not stressed when things start getting back to normal. 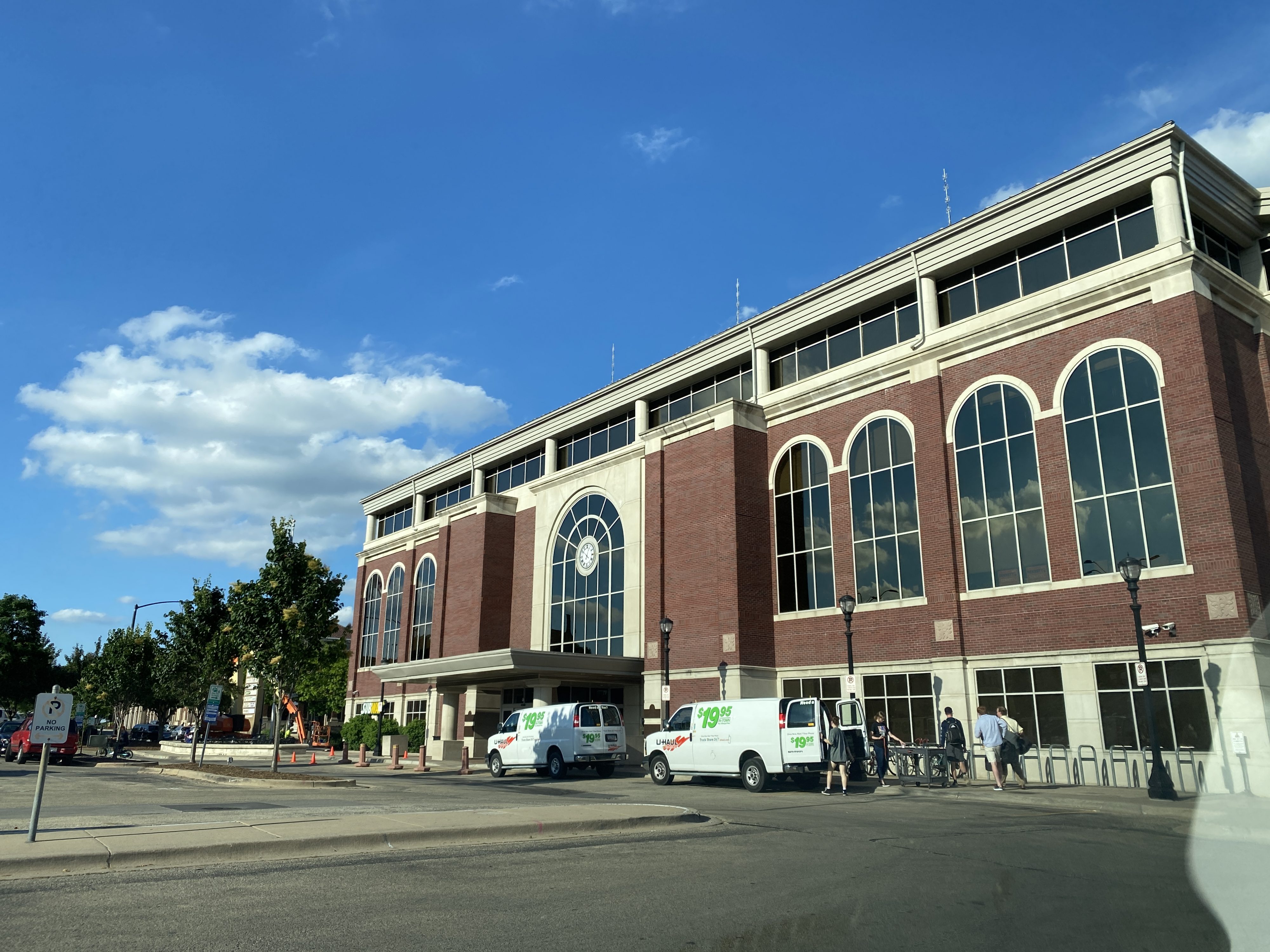 Aiden and his codrivers stopped by tonight before they headed to Carbondale to pickup Summers Rav.  This was the moment that a nurse came in and told us enough is enough.  Too many people!  It was a quick visit to say the least.  Wish Aiden, Alex, and Kolten luck as they drive back from Carbondale tomorrow after I found a couch for them to sleep on!  Well, maybe a few couches.  Once again, my neighbor Andy Schwenk has saved my bacon.

Lastly, I reread some of my post from last night for whatever reason…  You could tell I was tired.  I was talking in circles.  I got home last night and Aiden insisted I watch Outer Range on Amazon Prime with him.  Mind you, this was 9 o’clock.  We watched 2 episodes and I then opened up the laptop to tap in an update.  I was dog tired!  Many people have said they like reading along, but I hope you can cut me some slack when I get into a major league run-on sentence that says the same thing twice.