Today was better…  So, this should be a better post than yesterday.  I apologize for my brutal commentary, it is what it is.  Frustrated and scared parent at a heightened level of anxiety, it’s probably not the last time. 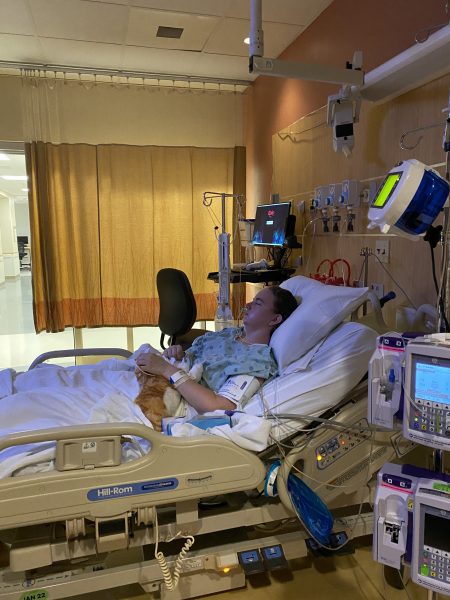 As I said before.  This place seems to shut down on the weekend.  It’s insane how we had to fight and beg for speech pathology to show up on a Saturday.  I understand more than anyone that time off is sacred.  But a 24/7/365 operation like this hospital seems oddly low-key on Saturdays and Sundays.  Why I mention this…  We had our neurological ward attending doctor come in today and check on summer.  Angela likes him, he is personable and gives her answers.  During his rounds, he dropped the bomb.  “Your sample was examined at Mayo and the results came back positive for Class 4 Medulablastoma.”.  I’m paraphrasing because I was in bed and am going by Angela’s recitation of the event.  (I left here at 3:30 last night and slept later)

Angela said she needed to talk to me when I woke up…  So she met me downstairs to tell me this.

I have contented myself that surgery was a huge risk and we made it through that.  I heard Dr. Mostaffa when he said this was “probably cancerous” and have been thinking ahead since we got her back from the tumor removal.  I know Angela was holding out hope that this would be a “fatty tumor” or something “one and done”.

So, I was not brought down by this news.  Maybe I set my expectations too low, and hers are too high.  We are figuring this out together.

If you want to read all about it… here is a page from St. Jude with all the info.  https://www.stjude.org/disease/medulloblastoma.html

Ang and I sat in the car and talked about it today.  Is it even possible that she will go back to Carbondale this Fall?  We have so many questions.

MAYO knows what the diagnosis is.  CARLE also knows what it is.  We had better start hearing from some experts here at CARLE on what the plan is going forward.   This is the part of the weekend “Shutdown” that gets aggravating.  I feel that every day is important for the rest of her life.  That said and trying to be fair… I know she is still recovering from the surgery and we still do not have a brain pressure set at healthy levels.  She cant go anywhere in the meantime until swelling and inflammation are reduced.

Somehow this post is still happier than yesterday???  I can’t explain it.

The nurse that summer has had for 2 days in a row took her hair and braided it down both sides.  It looks soooooo much better and she said its more comfortable.  That was a very nice thing to do and I will say that the nurses have had outstanding bedside manners here.  Maybe that coms with ICU and CCU nurses??  I don’t want to find out again, but I can assure you these folks have been great. 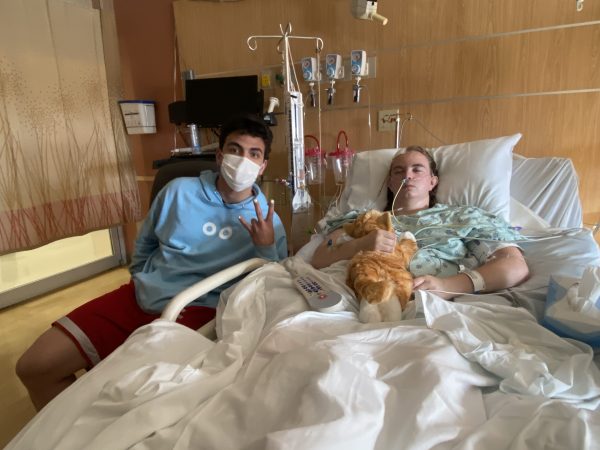 We had a bevy of friends and family stop by today.  All for very short visits.  At one point Summer told the nurse she was tired and I pretty much told everyone in the room that we better clear out or the hospital was going to put us on probation.  I sometimes feel like we are a dorm room in college getting too many people crammed into a small space.  The RA is going to bust us!

A friend of mine, I think it was Nani, said that medical staff would rather see too much support vs zero.  So, I think that is why they have been kind to us during ICU and CCU time.

One of Summers’s other roommates showed up today during visiting hours.  Nate (yes, she has 2 Nates as roommates) or as we affectionately call him, Z.  I think the Z refers to his last name???  I should know these things!

I don’t know if she was aware of it, but she completely raised her voice to near normal levels today while she and the 2 Nates visited.  Her soft voice used on nurses and parents was gone for Z.  That was a big win.  Ang and I used this opportunity to run up to Walmart to pick up some groceries.  When we returned, she’d turned on the TV and they were watching Ratatouille.  That was the first time since we arrived at CARLE that the TV was turned on.  Summer and the Nates devised a way to cover one of the lenses on her glasses and let her watch TV via her left eye.

Another win in my book.

I wished Z could stay for another day!

Thanks to the “Godfather”, “Uncle” Tom for swinging by.  I feel like I talked a mile a minute, but it’s good to think out loud and have someone who is willing to listen.  He brought Summer a Cat-Unicorn blanket.  Not cats and unicorns… But Cat Unicorns.  You will be hard-pressed to top that!

Thanks also to Don and my folks for driving over. 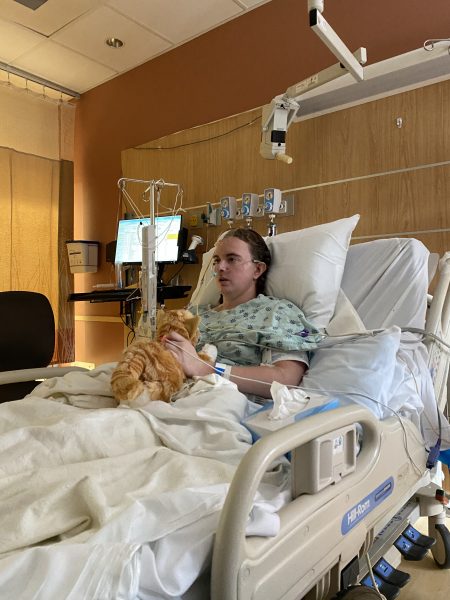 I called my friend Todd today.  His son Carson had gone through the most vicious childhood cancer I have ever been around.  Carson has been an inspiration to my scout troop and I am not sure why I just picked up on giving Todd a call.

He’s been waiting for me to call.  We had a great conversation about Carson’s struggle and he reminded me that Carson was a St. Jude patient.  He immediately asked Summer’s age and my response of “20” was good, since its below their age limit.  There’s a chance we can move to Peoria or get the full treatment at Memphis.  I sent out an email with the details of Summer’s struggle with St. Jude’s referral program tonight.  I will follow up in the morning.

Todd said he knows and works with the doctors at Illinois Cancer Care in Peoria is top-notch.  Not to mention it would be a lot easier for us to get on with life and be able to hold down our jobs!

This is still a long shot, and if she is approved it might mean 6 months and annual visits to Memphis.  It’s hard to say anything right now, but I will do ANYTHING to raise the odds of recovery.

It’s an ongoing subject.  My brother Don and his wife Dawn have told me that we need to do this.  Summer will have to quit her job with no signs of going back.  She has bills to pay.  So, if you see a GoFundMe get kicked up…  You know the motivation.   If you can help contribute and spread the word once it’s released, that would be great.

Aiden and Alex are going down by train on Tuesday to get Summer’s car from Carbondale.  I think I might need everyone to say a prayer for that little adventure.

What happened to Miejer in Champaign?  We stopped by there tonight and it looks like a KMart is the final days before the 40% signs went up!  I used to love going to those stores.

Pray we get some experts and some direction tomorrow!