Yesterday I was doing handstands…  Today, not so much. 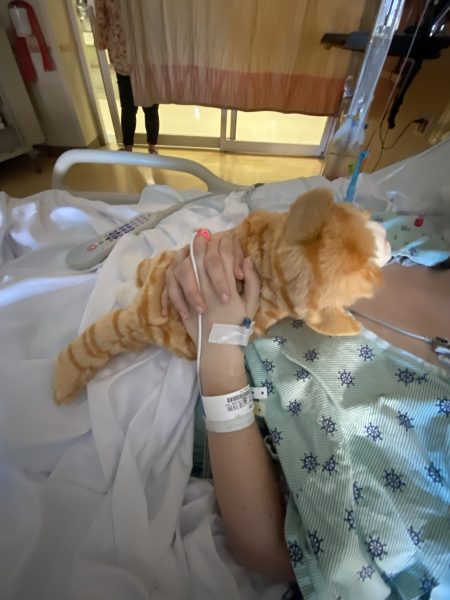 I want to witness small victories that I can turn into major achievements when thinking back over the day.  But on the flip side, we also have had some setbacks.  And these struggles feel like a darkness that sucks you in if you let it.

Angela made the right decision last night to run home and try and make sense of everything I had packed for clothing.  Between our Southern Illinois 2 day trip and grabbing some fresh clothes for Carthage…  I still only managed to have 3 pairs of underwear and 1 pair of pants.  The 7 pairs of shorts I packed are worthless when Summer’s room is kept at 67 degrees!  (Let’s not talk about my stinking KEEN sandals.)  This trip home gave Angela time to sleep in her own bed and make sure our cat knows we still exist.  Oh, and to throw away fresh fruit that my son didn’t seem to notice rotting in the kitchen.

As I noted last night, I left the Critical Care Unit late and went to the “house” for a few hours of sleep.   This morning, the alarm went off at 4 AM and I hit snooze twice  (Sorry Summer!), then headed back up to CCU.  The logic for the early start was to make sure Dr. Mostoffa had not planned on swinging in to check up on the patient or give us those blessed words of reassurance that everything was going normal.   It was not to be, Dr. Mostoffa did come by later today, but he was in his “civies”.  It was just a quick check over.

I got here about 4:45 and found my daughter sitting in the room with both her eyes wide open.  She faintly asked me who was in the room?  I was puzzled.  We were alone as far as I could tell.  Since she can’t move her eyes side to side and still does not like to roll over…  Oh, and is not wearing her prescription glasses that are not here…  Summer had been watching a pile of pillows sitting on the recliner across the room and thought it might be Mom.  There was a little frustration and sadness in her voice.  She then said she wants her glasses.  I could understand why!

Around 10 or so, Dr. White and a few others were making plans to get some food in my kid.  This ongoing saga with speech pathology was supposed to drag on till Monday before they would get her real food.  She has not eaten since 8 hours before the surgery on Wednesday.  It’s been ice chips and a few spoonfuls of applesauce only.  She is being patient, but its painful to watch her beg for something to eat.

Fortunately, Dr. White had resolved the situation so that we could get a pathologist today to get this handled.

My sister-in-law, Dawn came by to sit in for several hours and that gave me an opportunity to exit and get a few more hours of sleep.  Angela was on her way back from Tremont with fresh clothes and winter wear for this Igloo of a room! 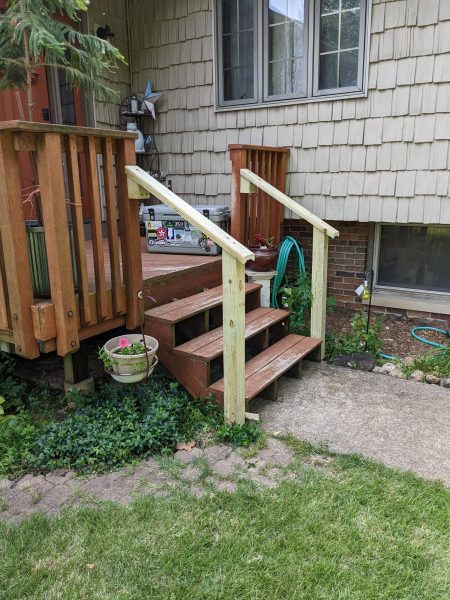 Angela filled me in on the whole procedure.  They did test Summer for solid food but found that she still has some paralysis in her esophagus.  While this was still waiting to heal, she would need a feeding tube.  Angela then regaled me in a story of the feeling tube causing convulsions in her daughter and how those convulsions started coming over her as well.  She had to leave the room.  Sounds like I was gone at the right time.

This was the downer I was talking about.  You could see that this really took the spirit away from her today.  I felt, and still feel bad about it.

The eyeglasses were requested a few times today, but she still has some double vision so they are not that effective.   So, that was a bit of a wash as well.

On a high note…  My buddy Gabe came out to the house and launched into my handrail project.  I think Aiden helped him… But I am not sure how much.  I’m pretty sure the house will not qualify for a HUD or FHA loan now.  Regardless, it’s great and will be well-loved by Summer and Linda as they come and go in the front door.

Another highlight of the day, Summer’s boyfriend, Nate, told us he would be staying a few more days at least.  Honestly, she seems very happy when he is here and she doesn’t have to just talk to us “old people”.  He is a big asset to the mood of the room.

Also, he and I played an epic historical board game tonight.  He won, but that’s OK.  We have time for a rematch. 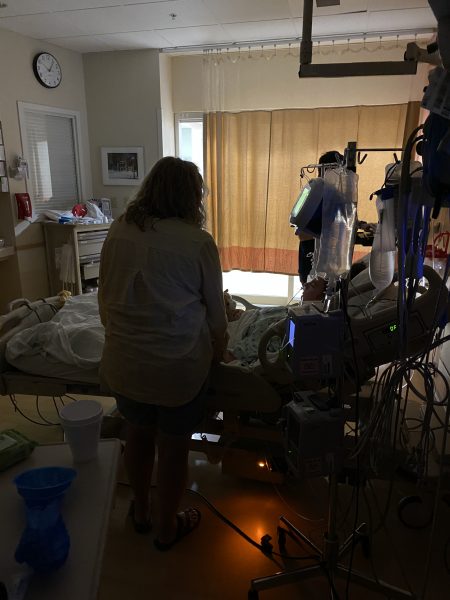 Earlier this morning when the nurse hit her with her hourly, scripted barrage of questions…  I knew she was feeling down.  The nurse asked “What’s your name” “Where are we” Why are you here”.  That last one had her stop and tell the nurse she wanted a new question.  “I don’t want to say Brain Tumor” anymore.

This kid has guts… By now, I would have been crying and asking “why me”.  To my knowledge, she has not asked that question.