The waiting is the hardest part… Tom Petty taught me that.  (that joke never gets old…  Oh wait, you have to be old to get it!  Doh!) 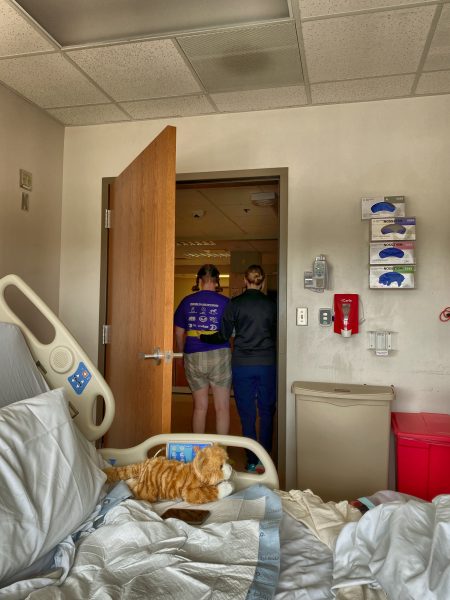 We had some conversations with Dr. Mostafa and Jean from St. Jude.  Everyone was speculating on times and dates…  When she can leave… Transfer etc…  But there was one person in the room who had a solid opinion on the matter.  Summer!

Given the choice of going home for a few days or heading from this hospital to Memphis… Well, she wants to go home.  She wants to join the Father’s Day festivities planned by the family and she really wants some pineapple upside-down cake that only Grandma Linda can make.

So, no matter what Ang and I, Dr. Mostafa or Jean thought…  Summers’s opinion is to wait a few days.

That actually plays out pretty well.  As I mentioned in yesterday’s post…  We were concerned about her physician’s recommendation here at CARLE and how soon St. Jude can have the information they need to get Summer accepted.  In reality, she is nearly ready to walk out of here on her own (with some assistance, she’s not a miracle case!) so keeping her in this hospital makes less and less sense.

Dr. Mostafa said as much this morning when he came to Summer’s room for her checkup.  He did not want her to have to come back 90 miles for outpatient service that involved removing some sutures and the remaining staples.  He said to plan on those being pulled on Wednesday after one more night.  But, he and I were on the same wave length when we talked about getting to Memphis ASAP.  I wish I would have been looking at Summer’s face as we were talking.  I’ll bet she was sticker her tongue out in disgust!

The Doctor and I did touch base on another issue that I was getting frustrated about.  Who is her doctor right now?  He said it’s all him. His immediate circle would work with transfers and communicate with St. Jude directly.  And, he would be making any calls on Summer’s needs (if any) while she in transition.  GOOD!

Jean and I talked later and by then Summer’s opinion had started taking root.  We talked about the upcoming 3 day weekend for St. Jude and that next week would be a reality.  Did we want to drive or fly?   That didn’t take long for Summer to decide…  We could stop by Carbondale on the way to Memphis so she could get more clothes and items out of her apartment… And she could see her little tabby named Geno.  (Sound familiar?  The same name she placed on her stuffed cat that has been her constant caregiver for 2 weeks)

So, as we stand right now…  Staples and suture removed tomorrow.  I drive her home and we let her have a great weekend relaxing at our house.  Next week, we will probably head to Memphis?  Still a small question mark, but we have a week nearly planned out.  I can work with that.

This journey has more twists and turns ahead.  Let’s hope we can end this chapter in the AM. 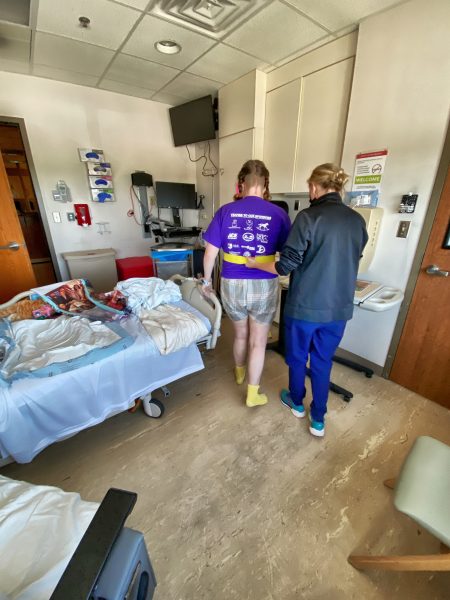 Aunt Carla stopped by today…  We used the final 2 cafeteria vouchers… That was perfect!

While Carla was in the room, I think we had some of the frankest conversations about cancer and what is going to happen at St. Jude.  Summer is not blissfully unaware.  She’s a trooper and ready to do battle.

She still needs lots of moral support and her friends continuing to reach out.  Keep it up!  Annoy her!  Make her feel special!  These next 2 months will be worse in some ways than this 14-day run at CARLE hospital.  She feels like she is sacrificing everything with St. Jude and staying in Memphis.  Social Life, Job, School, and of course…  Nate.

So, just remember she is having a super hard time personally on top of the radiation treatments…  She is “checking out” of her established reality as well.