Been a while since I posted here…  I have in the past, and will continue to blame Facebook for the death of Planetstahl.  Though, I will continue to keep and maintain the domain as its my virtual doormat to the Stahls.

The last few weeks have seen a few exciting experiences.  I had the chance to DJ on WWCT and WBNQ.  Now, when I say “DJ”…  I am using that term very lightly.  As a guest DJ, you job is to sit and respond to the host DJ.  Have no illusions that they trust me with any song selections, radio promos or sound editing that goes on during a normal day of broadcastings.

First, I did WWCT afternoon lunch with Dani.  I had filled out a form on their website with a few song selections I would like to hear if selected.  It was literally 18 months later when they called.  I had thought recently about re-applying as I figured they pitched me in the trash.  Plus, my song selections…  Like always were completely obscure!

Here is the picture and audio file from that day. 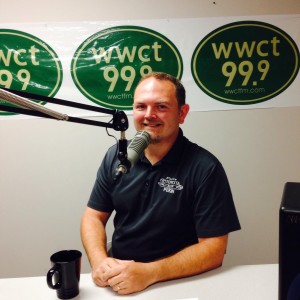 That was fun.  In all actuality… It was a great precursor to what happened next.

WBNQ  has been without a morning show co-host for a few weeks.  To fill the void, Susan (Main Host) has been calling up random people to fill in for fun.  All you have to do is send an email with a few interesting facts about yourself.

I had the podcast, some celebrity sightings from when I lived in Florida and my job at the dealership.  Susan emailed and asked when I could come in.  It was pretty quickly after the WWCT show, so it probably looked like I was out shopping myself to be a DJ or something!  Not so, but it was always a dream to screw around in a studio after we got into podcasting.

The Susan Show is a higher level of guest hosting.  When I did WWCT…  It was literally 3 prerecorded segments dropped in-between preselected songs.  It was also prerecorded hours ahead of the actual airing.  The Susan Show is LIVE!  She has a sneeze button, but that’s about all the editing you get.  She also gives you the job of “weather” that has to be read LIVE.  That doesn’t seem like much, but its enough to get my heart racing.  I have history of being the worst public speakers in any speech classes over the years.  I hated it.  I think a lot has to do with self esteem…  And as a kid, I was pretty low on that when up against my peers.  Mrs. Ward probably saw worse, but I am sure I ranked down with the best of them!

Here are the 3 hours of recordings that Susan shared with me.  That was awesome and unexpected!  Also, I did a video of the experience for fun. 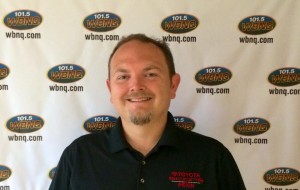 Video of the event:

All in all…  I had a great time.  Susan remarked that I should be a regular co-star that helps with Automotive questions…  I am all for it!  Lets see if I get a round two!  If not, no biggie… I have seen the inside of a studio and what a difficult job it is.  I remarked with Susan that she smiles when she talks, its a technique we ask people to use when making sales calls.  It does translate a better tone of voice when you do it.  I wondered if she did that on purpose, or does she love her job that much.  It was refreshing to hear her say that its a little of both.