Its been a pretty low-key week.  Not a lot to report.   I  downloaded a photo ap. What do you think? 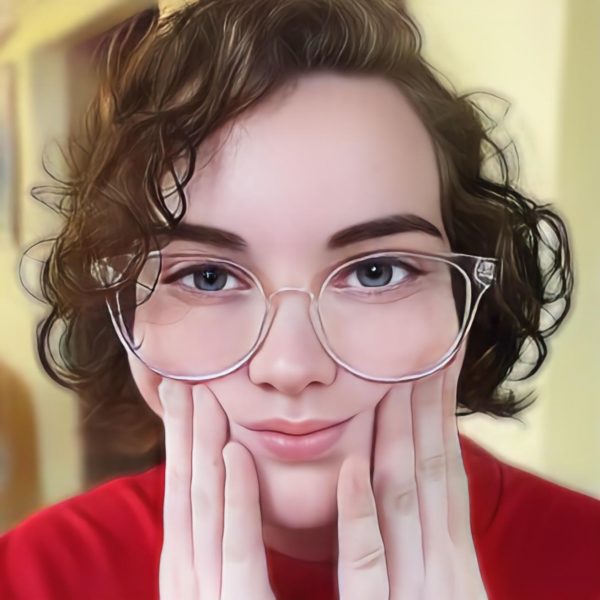 Summer had 4 appointments this week.  Monday, Wednesday, and Friday were morning appointments at the fertility clinic.  They are short meetings with a sonogram.  Other than that, she only had a support group meeting on Wednesday.  She did make this one and said it was “ok” because only 3 people showed up.

Part of the fertility treatment has been constant shots to the stomach.  I was taught how to do it and showed Angela last weekend before the handoff.  Summer said I am better at giving shots.  Score one for Dad in a competition of things I don’t want to be good at!

Angela is giving the shots because I am back home and away from Summer for the new two weeks…  Angela has taken over Summer’s care in our ongoing revolving care schedule.  This is a rotation we will continue to do for the foreseeable future.  CARLE, LeBonheur, and St. Jude have been heavy in surgeries and recovery for the initial portion of this adventure, leaving us few options for anybody else to sit in and be beside Summer.

Since the beginning, we have had a few people ask about helping sit in with Summer and we have honestly been hesitant until we get into a routine.  Then we can set expectations.

Nate, her boyfriend has been a saint with the time he spent with her at CARLE… But he is in summer classes at SIU and has a 4-day gap before returning for the fall session.  I told my friend Theresa tonight that I cannot imagine trying to deal with this if you didn’t have a family to help out.  Unimaginable

Rest.  Summer got back from Illinois and was still having headaches.  Still pretty bad and she was now out of Oxycodone.  She went to E Clinic at St. Jude and they prescribed REST!  I know it’s tough for Mom and Daughter… But they camped out in the room at Target house all day on Tuesday for Summer to relax.  It sounded like she was feeling better… I got a call on Wednesday that she was feeling better.  Same thing today.

Apple Watch.  The gift we got Summer for her birthday last weekend was an Apple Watch S7.  I have had a Garmin watch in the past,  but I think I am about over smartwatches because of the constant alerts and recharging… So I felt no sympathy when Summer told me her new birthday present had woken her up 2 nights in a row.

Sometime during the night, she rubs the watch face and it is turning on her Spotify…  And blaring the music out of her phone.

I honestly had a laugh at this.  I would love to know what songs were coming out to wake her up.

Itunes gift cards might be nice for watch apps and video rentals.  Also, we have gotten a lot of Starbucks gift cards…  But no Duncan.  She loves Duncan.  Now, that said, there is no Duncan on St Jude proper, so Starbucks is far more convenient.   We will probably go through a couple of hundred bucks in coffee over the next year.

I was also trying to find her jewelry that is friendly to the scans and MRI’s.  I think she has a bracelet of twine and beads which is OK.

Did I just say next year?

We are looking at a long span in Memphis.  The eggs and fertility should be done next week.  After that, Summer will get the Chemotherapy and Proton treatment for 30  sessions.  Monday to Friday for 6 weeks.  That puts us around the beginning of October to be completed.

At that time, we believe she will be released for a 5 week’s break.  We are guessing she will be very lethargic…  But there is a chance she might be motivated to go somewhere besides home.  I am at the ready.

Then, in early November, she will start her 7-month regimen of Chemotherapy in Memphis, back at St. Jude.  As of now, no Peoria option.

That would literally put us in May of 2023 before we are all said and done.  Almost 1 year to the date of the first diagnosis on Memorial Day weekend.

On a good note, I am not wasting away all my night hours planning a vacation like would normally do!  Well, not that much…  Summer did say she wants to go to Iceland.  So, maybe in 2023?