I had this crazy idea that I could get away with a few days on the trail and then drive straight home from San Diego with Angela after she flew out to meet me…  It mostly worked out.  We had super ambitious goals to hit the Grand Canyon and other parks… But maps and distances really are hard to judge in the west. 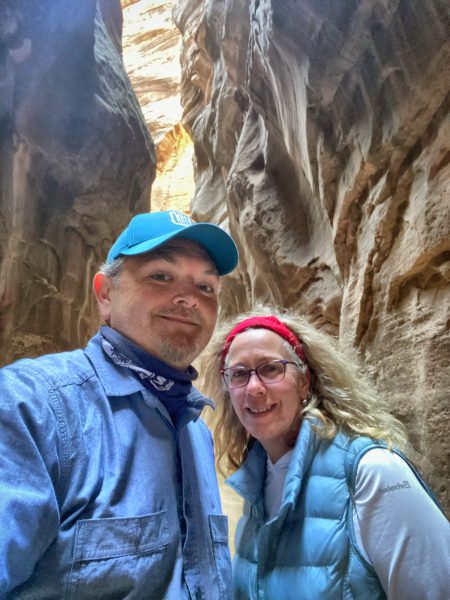 We did hit 5 National Parks!  5!  That’s a crazy amount in hindsight over a 5-day drive.  Obviously, some were just hit and runs.  Joshua Tree was a couple of hours.  Death Valley was just a glimpse.  Zion was a whole day… Just walking the Virgin River Narrows.  Bryce was another hit and run until Angela ran into the hardest Junior Ranger badge book EVER!  We could have been gone 90 minutes earlier had she known her megalithic dirt and prairie dog predators!  Capital Reef was a good half day that could have gone on a lot longer.

All in all… These visits led to an amazing amount of ideas for a future Trail Team trip out west next year.  Zion is such an amazing park.  Bryce Canyon is adjacent to one of the friendliest Best Western Staff’s I have ever been witness too.  Huricane Nevada has some great camping and we know people in that area.  Lets exploit out resources!

With all that said…  Here are my 600+ pics from the trip.  Lots of garbage and a few gems.  I need to pair it down, but that will not happen anytime soon.  I have been gone from work and we have plenty of catching up to do.

Here is a link to the picture file on Google.