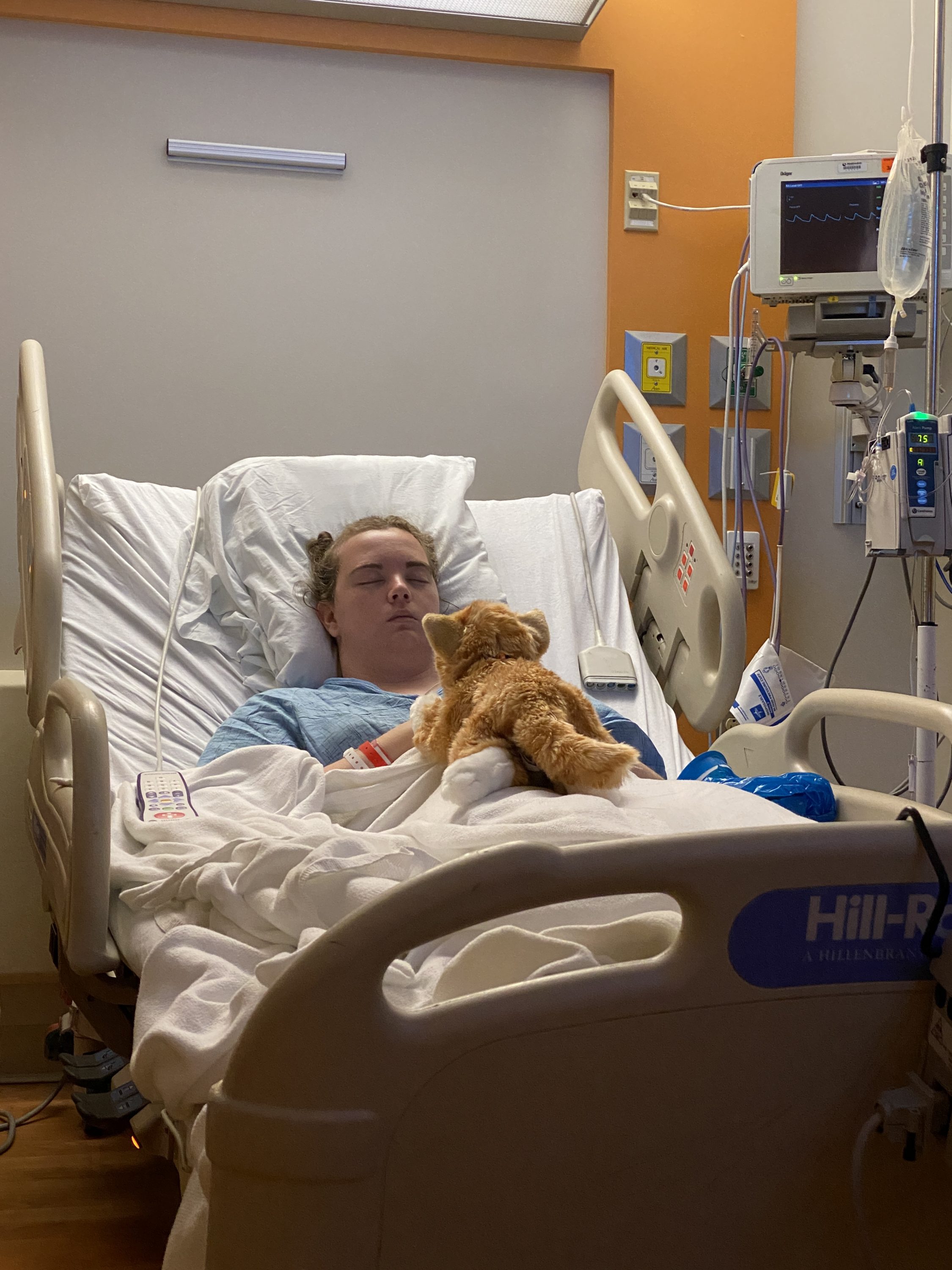 Angela spent the night with Summer at Le Bonheur after her surgery yesterday…  Nate and I came back Friday morning around 8 AM to make our rotation.

It was a long day.  Lots of us jumping to her commands between her naps.

She is so much stronger than the last surgery.  She was up with PT at about 3:30 this afternoon walking to the bathroom.  After that, she was sitting in a chair.  That’s less than 24 hours after surgery.

But, she was in some pain.  She was marveling the other day that she had not had a headache in weeks…  That changed yesterday.  She was in pain.

So much so, that she took Oxycodone.  The same drug that gave her hallucinations in the MRI at CARLE.  Tylenol and Morphine do not help much with a lingering headache.  After her first hit, she was pretty dopey and slept well.

We all left her to sleep on some more Oxy around 10pm.  Hopefully, lots of rest will get her out of bed sooner!

We are still gunning for a July 4th exit… If not I will be pushing her to a window somewhere in that hospital so she can see them live.

Blog posts are incredibly easy when you are alone… But when there is someone else around, it feels incredibly anti-social.  I started writing the Friday post when we got back, but I felt like I was being a jerk with Nate in the apartment with us.

I will see what I can tap out today while we are at LeBonheur.  3 people in the room is actually TOO MANY!