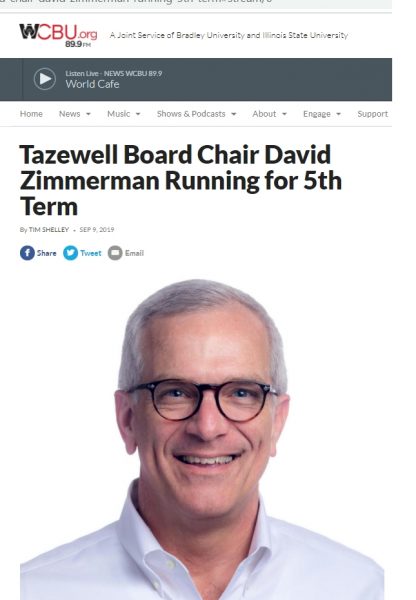 A few weeks back… I did a google search for information about the candidates for Tazewell County Chairman.  I was not looking for a treasure trove, but I was hoping to see a few bits about my campaign as a note.

There’s not much to see… Even if your my competitor, David Zimmerman.

2 articles immediately popped up on the search for the office and election.  WCBU, public radio in Peoria and PJ Star, the local paper.  I had once found something on WHOI (ABC Affiliate) but cannot find it again for the life of me!  (Bad SEO!!!)

I contacted Tim Shelly, News Director at WCBU (listed as the writer) and I never heard a word.  Shame on me for not hounding him.

Next, I have a link to NICK IN THE AM by Nick Vlahos.  The Journal Star had written an article (on the same date as the WCBU’s new report) about Zimmerman running for a 5th term.  (Press Release)

Again… I reached out the author of the article.  I contacted Nick (Who has been awesome to deal with in the past) and he said that he would pass it along to the editors.  Chris Kaergard was my point of contact.

I have since contacted Chris.  But that was literally tonight to ask for an update.

I am only asking for them to update the article to note that the candidate for Tazewell County Board, David Zimmerman, is no longer running unopposed.  That’s it.  Equal time.  Not asking for a profile, feature or anything else.  Just update the headline and change the article wherever necessary.

As we creep closer and closer to election day… Any nudge on the media could mean the world to my small campaign.

If you can send an email or a tweet… That would be great!

If you get a chance…  Can you drop an email or a tweet to these guys and ask for an update? It would be bonus if anyone had some other connections or ideas on top of these two articles. 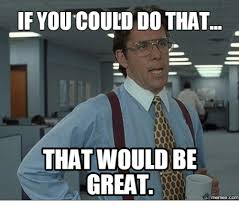