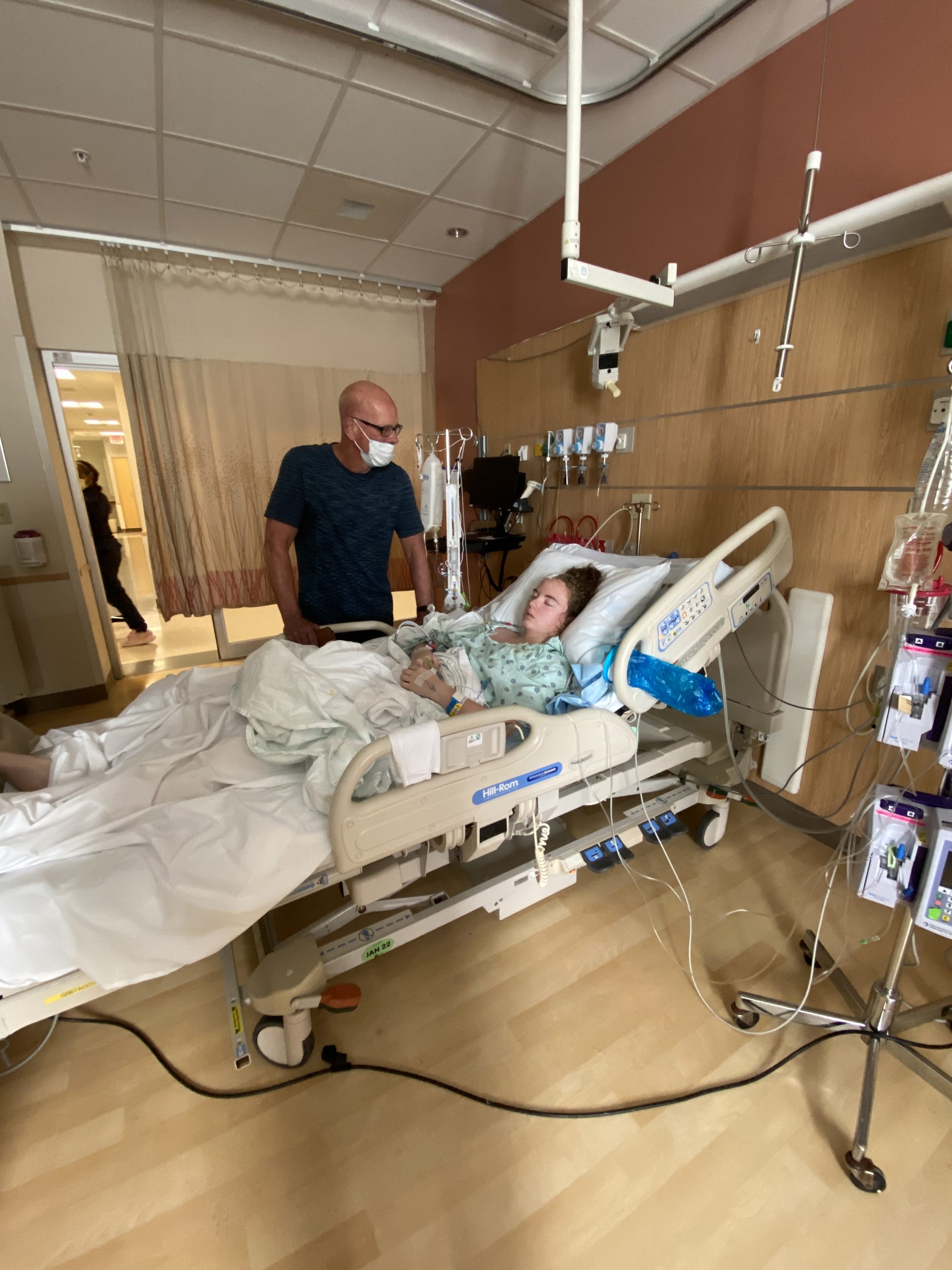 The names of these posts suck… I realize that. But I am going to continue with the theme.

I spent the night in the hotel and rushed over at 7:30 so Angela could go and get some rest while I sat with Summer.

Upon arrival, I was pleased to hear my daughter whispering commands for ice cubes and a cool rag upon her forehead. Her eyes were closed and she wasn’t moving, but she was talking.

This was the theme of the morning. A little talking and a lot of resting. After Angela left, Summer was quick to inform me that I am not as good at applying a cold compress as her mom. I guess we are back to normal then?

Food was still making her sick. Uncontrolled stomach convulsions had to be dialed back with medication and nurses were tweaking the formula to try and get her to eat. Summer would have none of it, It was ice chips only.

Eventually, they brought in a speech pathologist to appraise her ability to swallow. After a little coaxing, she ate 3 bites of applesauce. And, that is about all she ate today. Doc says this is a direct result of inflammation in the brain from the (now removed) tumor. We will hold out that tomorrow will be a little better.

The eyes are still having problems. Again, Doc says normal for a big surgery and inflammation, but it’s disconcerting that she will not open her eyes all day unless asked by a doctor. She can’t focus and they are not tracking well going left or right.

I would argue that she was doing better in the morning than the afternoon. But she also stated she was in a lot more pain as the day rolled on. She was maxed on fentanyl throughout the day and she said the potassium port was burning as well. (They turned that down).

The biggest positive note of the day… her voice is perking up. She has gone from a whisper to a little bit stronger speaking voice.

So… today was kind of what we expect for a recovery that will take a week or more. Baby steps. I want her up and walking around asap… maybe I should be happy if we can get a meal down?

Another bit of good news… we got approved for CARLE house across from the hospital. It’s literally minutes from her room and will save us some stress of constantly looking for the best rates on hotels.

The doctor said, “let’s worry about her, and not the bill”. That’s fine and dandy, but it’s a real issue. Angela went down yesterday and quizzed everyone in admissions about what was covered etc. Those poor people! At this point… Insurance doesn’t know she was in the hospital, and CARLE has not pre-authorized anything. God help us if some actuary scrutinizes the helicopter ride. I don’t want to see that bill! Or Angela’s rage!

Adding to the chaos. 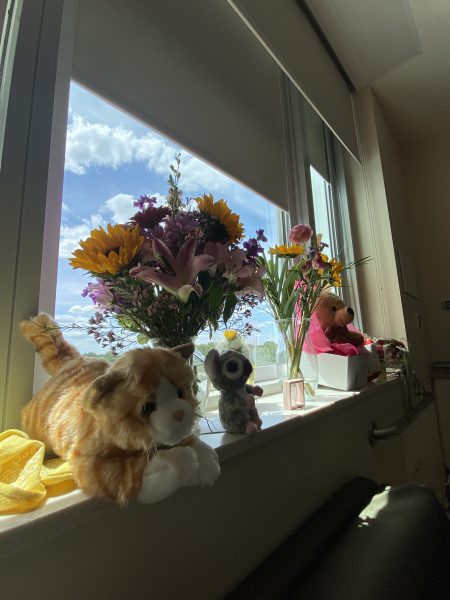 Aiden had Friday scheduled for college registration at Carthage in Kenosha. Angela and I would normally go and hold his hand on this. Instead, Tim and I will attempt to pull this off.

I left Champaign at 4:30 with Dad, drove to Tremont to pick up Aiden and we are now in Kenosha.

Ideally, we are done in a few hours tomorrow and head right back. I hope I come back to my kid eating dinner!

Wish us “great success” at registration or my wife will kill us!