When I ran for office in 2020 there was one goal…  Get ballot access for the Libertarians, a 3rd party in Tazewell County.  Mission completed.  Now it’s time for others to use that access and offer their hand at leadership.  I’m not out… I’m on a new mission! 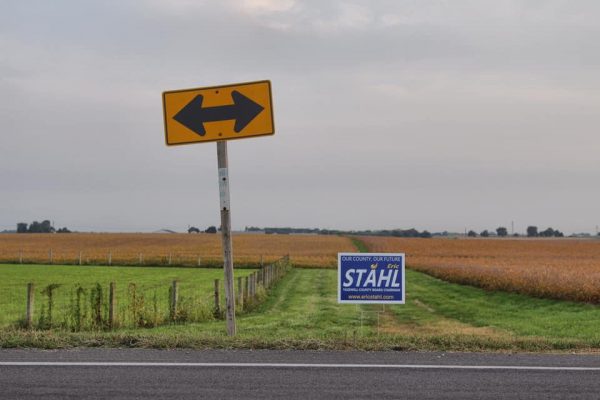 As I mentioned in a previous post, the efforts of getting elected led me to meet other folks in the county government.  After the election, I talked to current and past members of the board about my passion for the broadband divide topic.   This landed me a citizen role on the Rural Broadband Committee.  This has been great for a few reasons.  I have started meeting other concerned citizens in our county, and have worked with District 2 Board Member Brandon Hovey and got a feel for the inner workings of the board.  It’s given me an excuse to pay more attention to board meetings in general.

This past week I participated in a Rural Telecommunications ZOOM meeting with our advisory group and some new members we have brought in over the past few weeks.  Members of this group have been working on this project a lot longer than I have been involved.  Its worth noting, the Benton Group which has been leading these sessions has a contract (paid by a grant) that expires in June of 2022.

During this last meeting…  I was a little more vocal than normal…  I have not witnessed much of anything coming out of the past 3 meetings that I have participated in.  I take that back.  Nothing that will help anyone get better internet anytime soon.

In the “green room” before the official start of the ZOOM meeting, I said “Nobody on the board cares about this topic”.  One of the members of the consulting group who I will leave nameless said something to the extent of “public outcry is how projects like this get done”.  The board will not use their divine intervention or omnipotence to fix problems for rural citizens.

I will contend, as I said in my previous post about political stances (see post) that the current board does not suffer the ills of bad internet.  They do not face the problems of running a business or educating their children over the digital divide.  Sorry if this hurts feelings.

I didn’t join the committee or get involved with county politics to join a club and make friends.  I am on a mission.

If we want meaningful change or initiative to get this project going… We need citizens to get involved.  Many residents do not even know the scope of the money that was lent to our county for “infrastructure upgrades”.  25 million dollars.

If we do not use this money, we are literally going to let it slip away and will have lost a major opportunity to help this county build for the future.

When I first got offered the position on the Rural Telecommunications Committee…  Brandon got around to a question…  “You do know that participation in this group may not result in a better internet at your own home?”

This is a very fair question to ask anyone who wants to be involved in the committee.  You have to be passionate about his subject, but you also have to understand the technology and how it works.  I told Brandon that I did not have any expectations of fiber internet to my house just because of my participation.

But just like any involvement in local government.  I hope that the work we do today will result in gains for residents and businesses in the future.  Hopefully taking away one more reason that people might want to leave our County.

The Farm Bureau put out a nice piece about the ARPA money in their July/August issue.  It’s a great primer to the subject.

If you want to be involved… Please reach out.  We are trying to build a citizen database that includes educators, physicians, and business owners who are fighting for connected services in their occupations.

Read this PDF article by the Illinois Farm Bureau:

I will leave you with a quote from someone who never used the internet.  But, just like anyone who is using their best intentions to help others…  Knows that laying the groundwork now will benefit others later.