Continued from my first post about our trip…  We left Falling Water and headed towards DC. 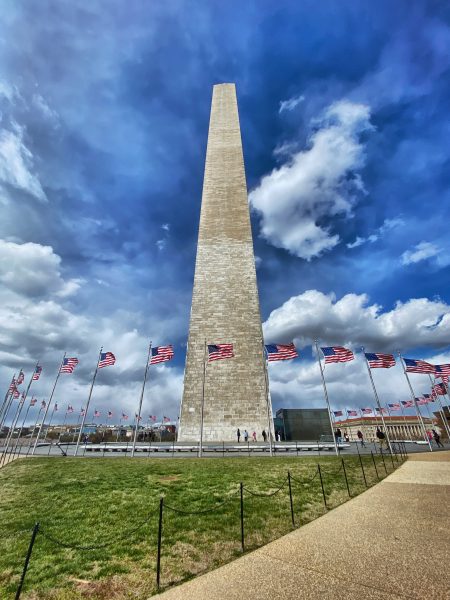 We hooked up a pretty great room in Tyson Virginia for a few nights.  I say it was great because it was two nights with a suite that had an upstairs with two queen beds for the kids.  That first night with all of us sharing a room with 2 queen beds was pretty rough.  Everyone was thrilled.  Even better…  2 bathrooms!

Our plan for our first day was to take the train down to the Washington Mall.  I had gotten online and checked the rates for the train from our nearby train platform and it looked like a decent deal.  Unfortunately, when we got to the platform, I figured out that the daytime rates were not the same as the quoted rates from the night before.  (Stupid time-sensitive quoting website)  I ended up booking a parking spot near the Smithsonian and driving because that was going to be about 25 bucks cheaper for the day.  I am a bit confused on how it could be better than the train… But whatever.

We did not check ahead on what museums were open.  So, it was a drag to find out that Air and Space was closed.  We did get to go to the Natural History and National History museums.

This might be a great time to talk about museums…

Maybe I am old.  Maybe I am jaded.  Maybe I am a general malcontent.  Any of those could be true on any given day, but I think I am over museums of “general” knowledge.  We live nearish to Chicago and I would argue at the Field Museum, Science and Industry and Art Institute are some fine institutions that I have visited countless times over the years.   They showed me, while I was in DC at what I thought were the finest museums, that we have it pretty good back here.  There was nothing at Natural History that was amazing to me.  Ang and Summer checked out the Hope Diamond.  But otherwise, it was pretty standard fare. 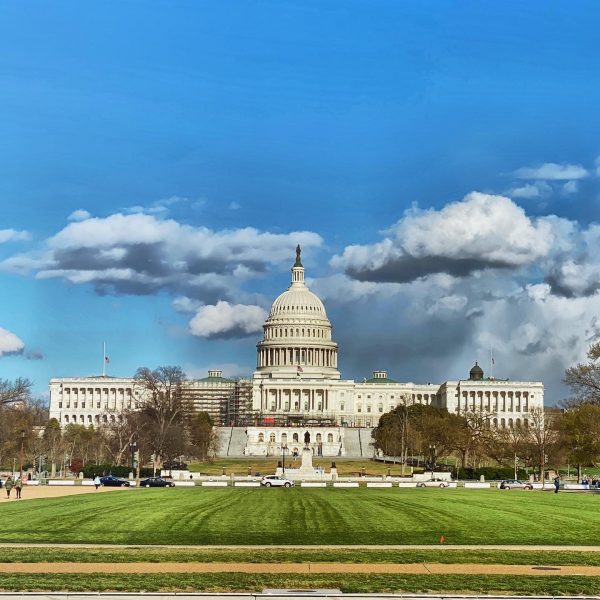 American History bothered me more.  I think the museum was only running at 65% of capacity.  The collections that were there were curated and many carried a narrative to tell stories.  I was not there for someone’s history story.  I really wanted to see some historical items from the birth of the nation.  But, that was not the case here.  We had Dorthy’s ruby slippers taking up a whole room.  A room of video game art.  The first wife’s inauguration dresses and dishes from each white house resident. 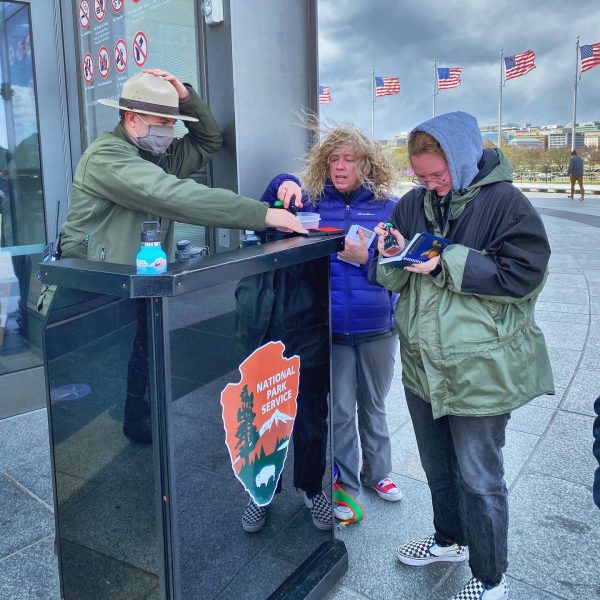 Let’s be clear.  If I go to the Wright Brothers Museum or the Taft House.  I am going to get specific information about the subject I came to learn about.  I will be pleased and see the value in my time.  So, I guess that has more value to me than generic knowledge?  Is that a product of getting old?

I did see Julia Child’s kitchen…  And her knife roll.  That kinda thrilled me.  So, I guess it’s confirmed, I’m old!

In hindsight, I think that spending time at Air and Space might have been a letdown as well.  We went to the Boeing Museum in Seattle a few years ago.  At that time they were presenting the Moon exhibition and I think that satiated most of what  I wanted to see.  We also saw awesome planes at the Evergreen Air Museum on that same trip.  Also, the kids had seen the Space Shuttle when at Space Camp with 4H. So, they didn’t want to go to the airport museum.  (jaded?)

After wandering around those museums we headed out onto the Mall.  It was windy and cold.  IT WAS REALLY WINDY!  At one point my hat launched off my head and took off across the Washington monument sidewalks.  Thank God for the 3 or 4 people who helped me nab it.  We spent a little time freezing our buts off and decided to walk towards the White House.  Once we found out that the front was covered with tarps for reconditioning.  We then cut over to a local burger joint.  Ollies Trolly.  Weird little grease pit that is probably worth a million dollars in real estate!  Solid burger and dogs.

We retired back to our hotel in Tyson and plotted our next day.  Ang and Summer wanted Jr. Ranger badges on the Mall.  The weather was supposed to be nicer, so it might work out!

We found a random parking garage near the Ford Theater (Which was closed on Tuesdays!!!  Man, we are hitting on all cylinders!).  At that point… I called up an uber.  for 10 bucks we were dropped off in front of the Lincoln Monument.  Then the ladies completed Ranger Badges.  We were going to make the jaunt over to the Jefferson Memorial.. But, like the day before…  It was flipping cold!  So, I got an uber again! 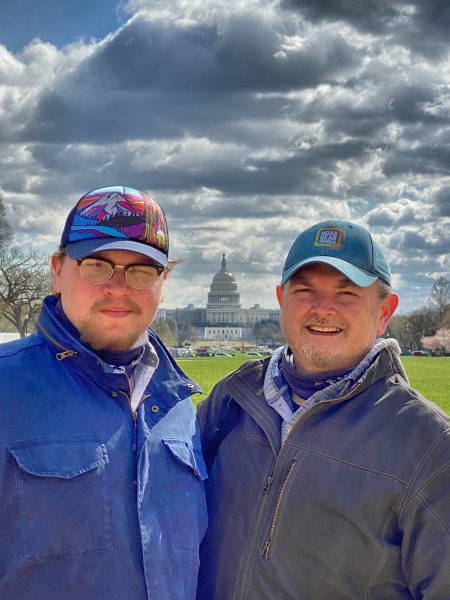 We headed out of town and I was going to try and get to George Washington’s birthplace but was promptly rebuked by everyone that they didn’t want to see any more birthplaces.  Man, were they in for a surprise tomorrow.  We headed down to Charlottesville Virginia for Moticello.  Jeffersons Home!